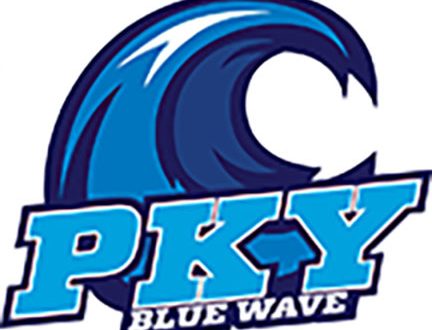 It started with a three-pointer, and they just kept coming. The PK Yonge Blue Wave looked like the Golden State Warriors Tuesday night, making a bunch of threes and playing suffocating defense against the Oak Hall Eagles. All of this culminated in a dominant 72-26 victory.

Blue Wave hits six three-pointers in the first half

Sophomore power forward Danny Dawson started the game with a shot beyond the arc, and the floodgates opened for the Blue Wave right then and there. PK Yonge’s first six of its seven baskets were three-pointers. They were all made by Dawson, junior point guard Israel Wilcox, and sophomore guard Jalen Speer. PK Yonge ended the first quarter with a 24-7 lead over Oak Hall.

The second quarter was just as dominant for the Blue Wave. The team took a slightly different approach. Instead of relying on the three, it was able to establish an inside presence. The players were able to use their athleticism to power their way past Oak Hall’s defense, leading to a 49-13 halftime lead.

PK Yonge’s defense was utterly dominant in this game. Not only did it allow only 26 points, it did not allow 10 points to be scored in any quarter. A big reason why PK Yonge was able to dominate defensively was their ability to apply constant pressure, forcing turnovers and winning the battle on the boards.

Moving on to district finals

With the win, the Blue Wave will move on to face the Maclay Marauders (18-7) at home in the District 1-4A Final. The two teams faced each other in December, with Maclay edging out PK Yonge 51-48. The rematch will be Friday, February 16 at 7:30 p.m.