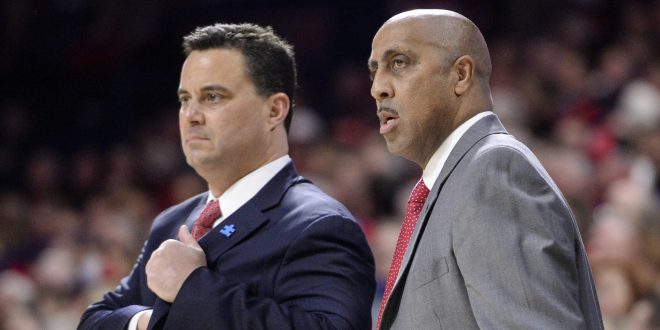 Following the news that players from more than 20 of the nation’s top college basketball programs were implicated in possibly violating NCAA rules, coaches around the country have been reacting.

The reactions range from deep anger to an unwillingness to talk about the issues that are taking place.

The Michigan State head coach hasn’t had much to say on the topic. He understands the media’s desire to find out more about the issue. However, doesn’t want to spend his time answering questions about something he claims to not know anything about.

Izzo is instead trying to focus on results and his team’s finish in the regular season as they prepare for the upcoming NCAA tournament.

Despite being caught up in the middle of this scandal, Izzo is confident his team and coaching staff will be cleared of any wrongdoing.

Things are a little less sure for Romar and the rest of the Arizona program. Where their program stands is very up in the air after an FBI wiretap intercepted Sean Miller’s conversations with sports agent Christian Dawkins. Apparently, Miller discussed a $100,000 payment to ensure a player signed with the Wildcats. Romar has taken over as head coach for the time being.

Romar says he has no clue what the future holds for his role in the program.

It’s safe to say that Georgia head coach Mark Fox is not happy with the FBI findings. Fox had few other ways of putting it other than that he is disgusted by the probe, by the agents, and by all those involved who have broken NCAA rules.

Fox also wants to know how the universities involved are handling the situation. He feels they might just be burying their head in the sand and trying to avoid dealing with the problems. However, he doesn’t want this to be the case.

This entire probe is about so much more to Fox. He feels this is having a detrimental impact on the game of basketball and is worried the programs involved in this scandal are on the fast track to ruining the sport.

Syracuse head coach Jim Boeheim isn’t surprised by the findings and doesn’t know why anyone is. He says everyone knows these types of things have been going on for years, everyone has just chosen to ignore it.

Boeheim says this is just something agents are going to do.

As the probe continues and more reports are released, coaches around the NCAA are sure to have more thoughts and reactions.