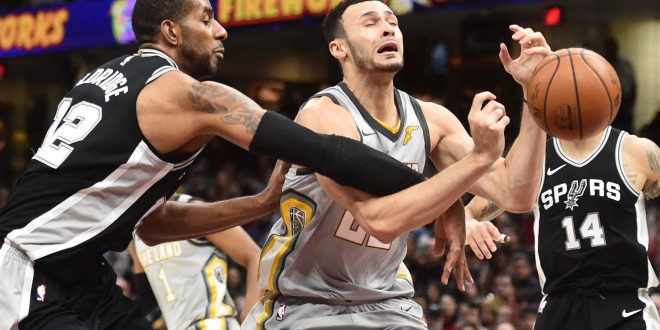 Cavs Fade Down the Stretch Against Spurs

The Cleveland Cavaliers fell to 3-2 after their trade-deadline roster overhaul as they fell to the San Antonio Spurs on Sunday by a score of 110-94.

LeBron James had a spectacular night on the stat sheet, accounting for 33 points, 13 rebounds, and 9 assists. He also passed Rod Strickland for 11th on the NBA all-time assists list with 7,988. Unfortunately for the Cavs, no other player had a similar night.

The Cavs other four starters: JR Smith, Tristan Thompson, Cedi Osman, and George Hill would combine for only 14 points on 21.4% shooting. The combined 47 points from the Cavs’ bench helped keep them in the game, but the team as a whole would only make 8 of 34 three-point attempts. Cavs Head Coach Tyronn Lue spoke on what made it so difficult for the Cavs from beyond the arc.

"When they do that, we have to make shots and we didn't do that tonight."#CavsSpurs | #AllForOne pic.twitter.com/9t0mFPE4q8

The Cavs only scored 41 points in the second half and were outscored 34-20 in the fourth quarter. That includes a 16-0 Spurs run early in the final quarter where the Cavs could not buy a basket. To add to their offensive issues, the Cavs also committed 15 turnovers, 6 of which were by LeBron James. James described how the momentum of the game changed around near the end of the third quarter.

James believes that the team is still finding its way and going through a transition period.

An attributing factor to the Cavs scoring ineptitude on Sunday was the fact that they only had 14 free throw attempts the entire game, as opposed to the Spurs’ 32 free throw attempts. The Spurs made 25 of their free throws, gaining a 15-point advantage over the Cavs in that aspect of the game.

James expressed his frustration with the way the game was officiated and how he was not fouled on many of his driving attempts.

End of the Spurs’ Rodeo

The win by the Spurs snapped a four-game losing streak and marked the end of their annual Rodeo Road Trip, a six-game road stretch the Spurs play every year as the San Antonio Stock Show & Rodeo takes over the AT&T Center.

The 2018 Rodeo Road Trip is in the books, San Antonio here we come ✈️ #GoSpursGo pic.twitter.com/16kJ8saO3Z

The Spurs got help on offense as star LaMarcus Aldridge went off for 27 points, while Danny Green came off the bench with 22 points, including 5 three-point shots. Despite a close first half, the Spurs pulled away in the second and never trailed in the fourth quarter.

Spurs Head Coach Gregg Popovich said, “we played hard and smart in the fourth quarter.” Popovich also said he liked the overall growth shown by the team in the second half.

The Cavs host the Brooklyn Nets on Tuesday. The Spurs return home to host the New Orleans Pelicans on Tuesday in their first home game since February 7th. 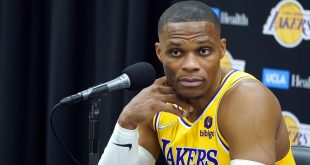