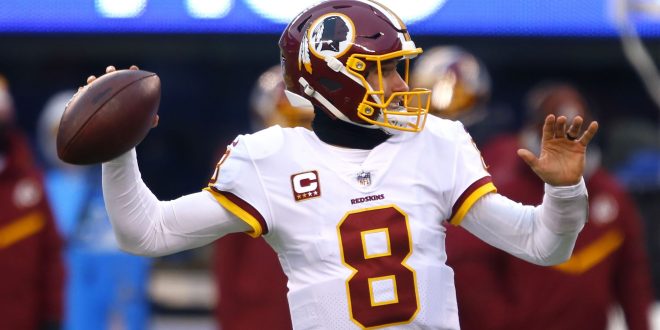 Money wasn’t everything for free agent quarterback Kirk Cousins. It was a given Cousins would get a massive contract wherever he chose to play. He was more focused on where was the right fit for him.

He feels he found the right fit with the Minnesota Vikings. Cousins was introduced as the newest member of the  Vikings Thursday. Both sides hope the former Washington signal caller can help the team get over the top.

It’s not everyday a franchise quarterback is on the open market. The last two times it happened brought some concerns. Both Drew Brees and Peyton Manning became free agents after having season ending injuries, which drew concerns from several teams in the league. This year, Cousins decided to leave the nation’s capital. The decision came after the two sides couldn’t agree on a contract. Cousins entered the open market asking for a hefty contract. What he got was a deal that will go down in NFL history.

Cousins said the historic contract shows the Vikings are committed to winning at any cost.

Cousin’s focus wasn’t on who could pay him the most money. His focus was securing the best fit.  The option of signing with the Vikings opened up when the door closed on the stay of three Viking quarterbacks. With Case Keenum, Sam Bradford and Teddy Bridgewater all signing elsewhere. With three open slots in the Vikings’ quarterback room, the opportunity was open for Cousins to join the Vikings. Even though making visits was something Cousins prioritized in the decision making process, Cousins’ visit with the Vikings was the only one he took.

Cousins is excited to join an already elite group of players and leaders with the Vikings.

The Cousins signing gives the Vikings the elite signal caller they need in order to make it to the Super Bowl. Minnesota thought they had their answer at the quarterback position with Teddy Bridgewater. When he went down prior to the 2017, uncertainty on whether he would ever return to form or return to the field at all. The Vikings looked to Sam Bradford to fill the void. After Bradford went down, Minnesota took a chance with Case Keenum, who didn’t show much in his first few seasons in his career, and it paid off.

With the addition of Cousins, the Vikings now have some stability at the quarterback position. There will be no talk of a quarterback competition when the team takes the field this summer for training camp. Cousins has a multitude of weapons on the offensive side and a top tier defense. The Viking offense can now act independently from the defense. They can go from controlling the clock and limiting mistakes to taking shots and playing aggressive.