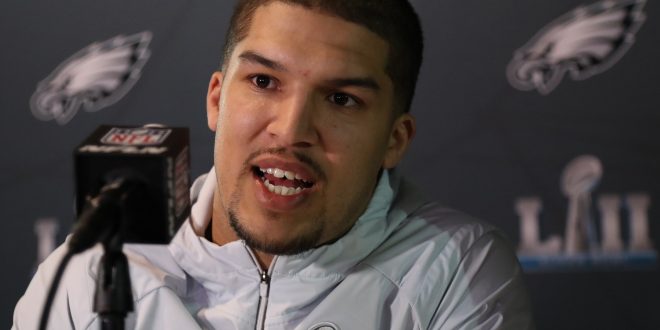 We’re about a week into free agency and six different Gators have signed deals with NFL teams.  DE Dominique Easley, C Mike Pouncey, LB Lerentee McCray, TE Trey Burton, K Caleb Sturgis and LB Jon Bostic have all inked deals to remain in the league for at least another season. Below is an update of all the different landing spots for these former Gators.

Defensive end Dominique Easley will return to the Los Angeles Rams next season after signing a 1-year, $1.85 million deal. Easley suffered his fourth torn ACL during the 2017 season and missed the entire year. The former Gator standout played in 16 games with the Rams during the 2016 season, recording 35 tackles, 3.5 sacks and 2 forced fumbles.

After spending the first 7 seasons of his career with the Miami Dolphins, Pouncey has signed a 2-year, $15 million deal with the Chargers with $10 million of the contract guaranteed. The former Gator center/guard played in 16 games last season with the Dolphins and was selected to three straight Pro Bowls between 2013-2015.

The #Chargers signed C Mike Pouncey to a 2-year deal worth $15M… and get a hard-nosed leader along with it. pic.twitter.com/leuPBqtqVt

He says he’s happy to be able to unpack his bags and stay in Jacksonville pic.twitter.com/rC3cYH992j

"I'm excited to be back here, and finish the unfinished business that we left back here last year."
–Jaguars LB Lerentee McCray

Burton won a Super Bowl ring with the Philadelphia Eagles this past season, throwing a touchdown to Nick Foles on a play dubbed the “Philly Special.” Next season, Burton will be headed to the NFC North with the Chicago Bears on a 4-year, $32 million contract with $22 million guaranteed. The former Florida utility man caught 23 passes, good for 248 yards and 5 touchdowns last season. Burton spent the first four years of his career with the Eagles after going undrafted in the 2014 NFL Draft.

Trey Burton leaves the Eagles with a perfect QB rating in the postseason. pic.twitter.com/rYQRzuWl7B

The former All-SEC Kicker and 2012 SEC Special Teams Player of the Year has inked a 2-year, $4.45 million deal with the Chargers. Sturgis spent the first two years of his career with the Miami Dolphins, before heading to the Philadelphia Eagles for three seasons. Sturgis only played in one game last season after suffering a hip injury in the Eagles’ season opener. He will join fellow Gator Mike Pouncey in Los Angeles.

The sixth and final Gator to sign a deal this offseason if linebacker Jon Bostic. Bostic signed a 2-year deal with the Pittsburgh Steelers for an unspecified amount of money. The former Second Team All-SEC linebacker in 2012 has appeared on four different NFL rosters throughout the course of his five-year career including the Chicago Bears, New England Patriots, Detroit Lions and Indianapolis Colts. Bostic played in 14 games with the Colts last season, posting 97 tackles, 1 sack and 1 fumble recovery.

We have agreed to terms with LB Jon Bostic.

If you're unfamiliar with new #Steelers signing Jon Bostic, you may remember him as the Florida LB who almost decapitated Teddy Bridgewater in the 2013 Sugar Bowl. pic.twitter.com/7nk26Mzfik