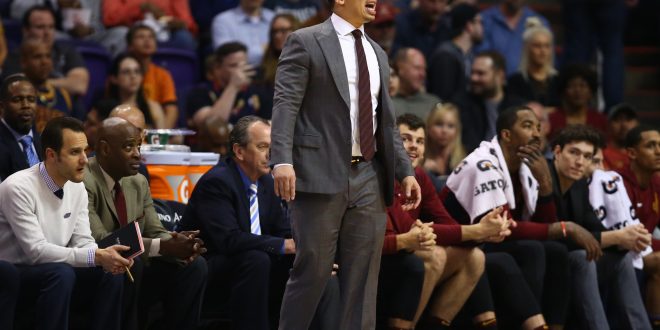 Lue takes leave from the Cavs

Cleveland Cavaliers head coach Tyronn Lue is taking a leave of absence due to health problems.

On Saturday’s game against the Chicago Bulls, Lue remained in the locker rooms because of an undisclosed health issue. However, this is not the first time this happened. Lue has missed all or part of a game three times this season.

According to reports, Lue said he has had chest pains, loss of sleep and other concerning symptoms. The coach also said that he wants to focus on his health so he can coach his team for the rest of the season in good health.

Lue said, “My goal is to come out of it a stronger and healthier version of myself so I can continue to lead this team to the championship we are all working towards.” (source: ABC News)

Lue said in an interview on Monday that there has been no conclusion on what he has.

What Does This Mean For the Cavs?

Losing Lue at this point of the season puts the Cavs is a tight spot. There are only 13 games left in the regular season, and the Cavs are barely clinging to the third seed, just half a game ahead of the Washington Wizards. Right now, Cleveland is playing .500 basketball throughout the span of the last 10 games.

Tensions have been high between Lebron James and Lue recently. Bleacher Report tweeted a video clip of the two intensely yelling at each other during Friday’s game against the Portland Trailblazers.

However, when James was asked about Lue’s leave he said “it’s like losing our best player.”

Sources have told ESPN that Lue hopes to return to coaching before the start of the playoffs.