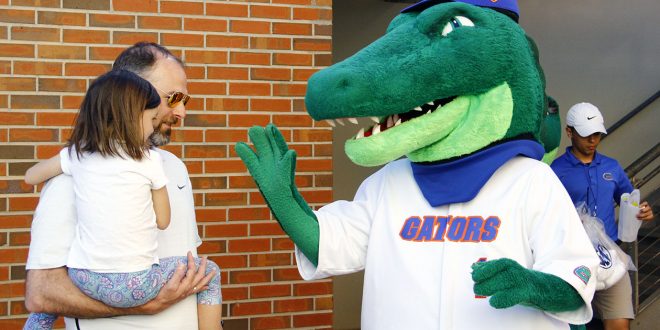 Albert greets young Gator fans. Izzy and Sarah were invited on the field to watch their brother in the dizzy bat contest. (Bailey LeFever/ESPN Gainesville)

Not So Sunny in Gainesville (Gator Baseball Photo Gallery) 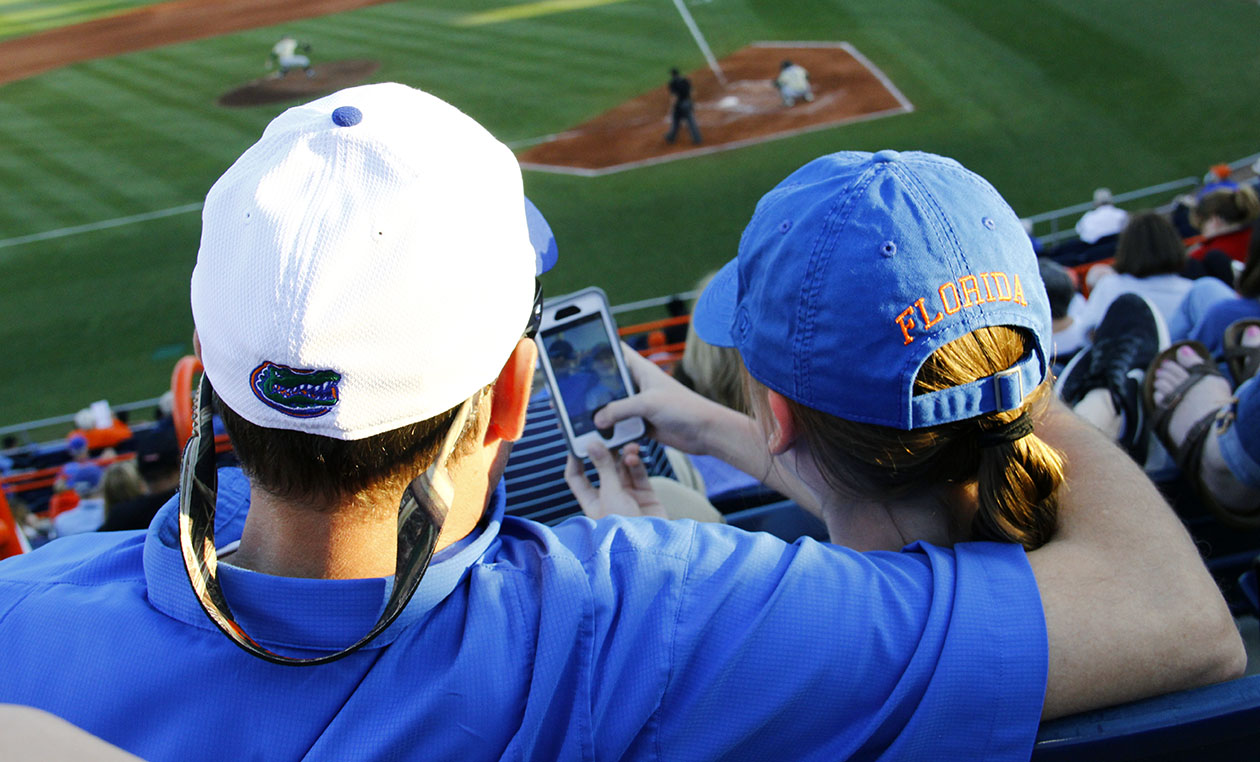 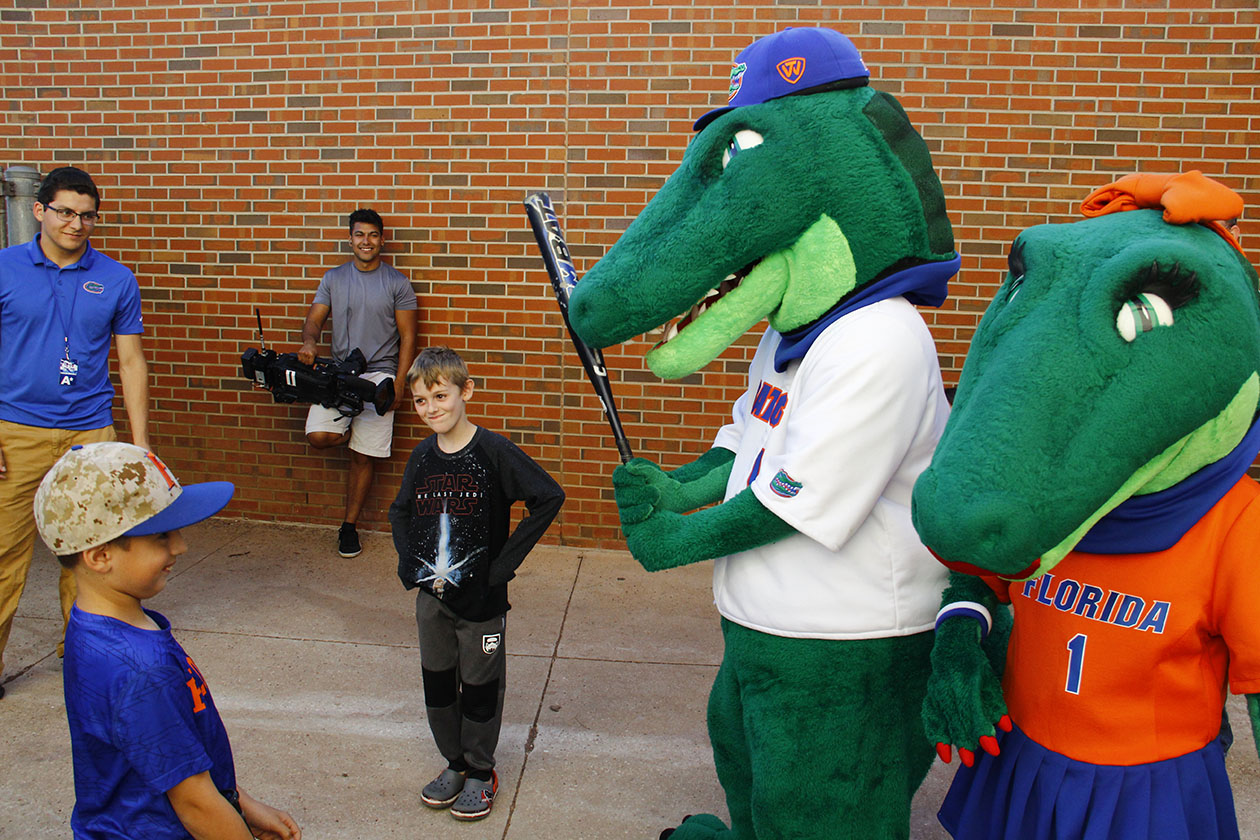 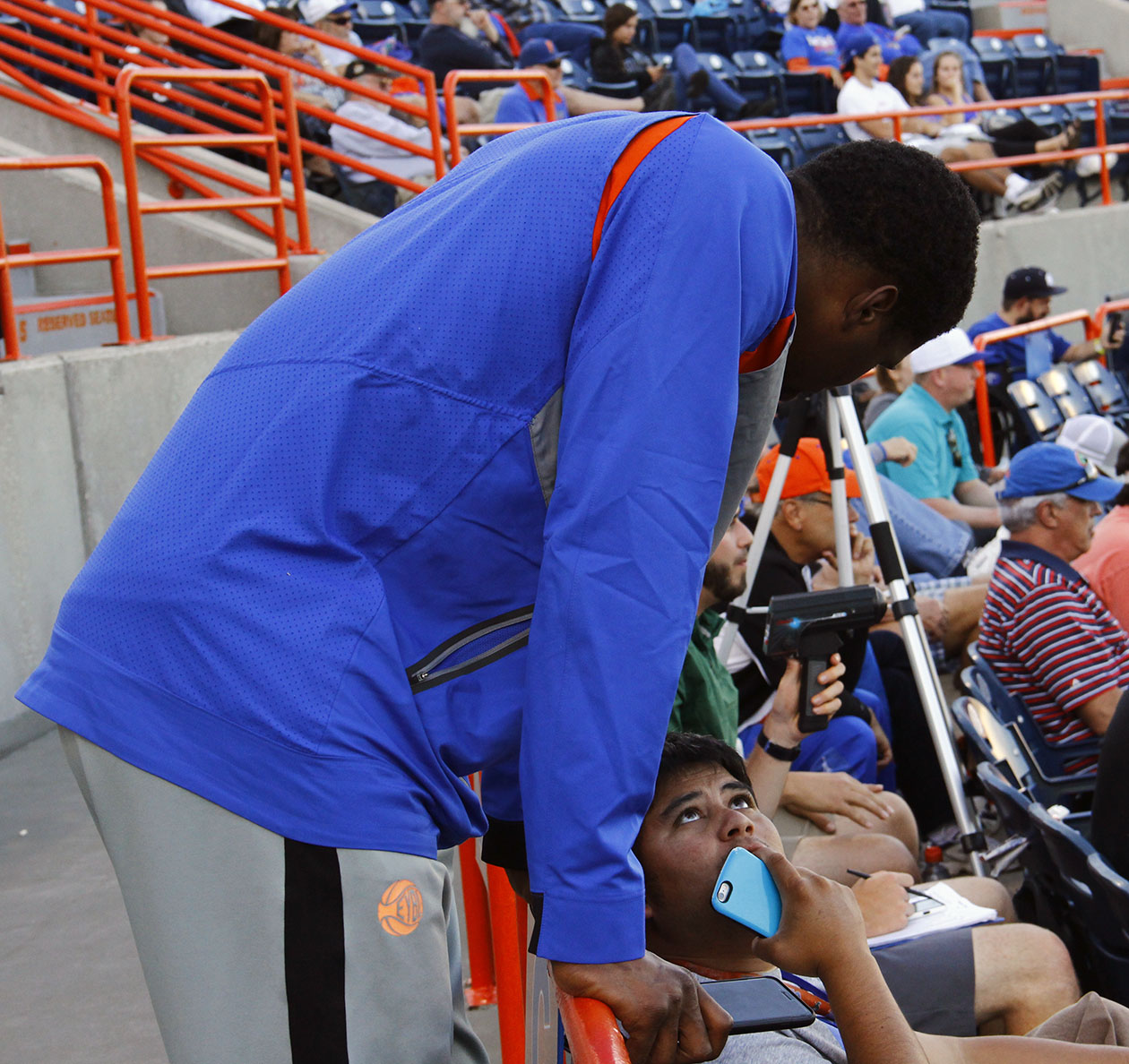 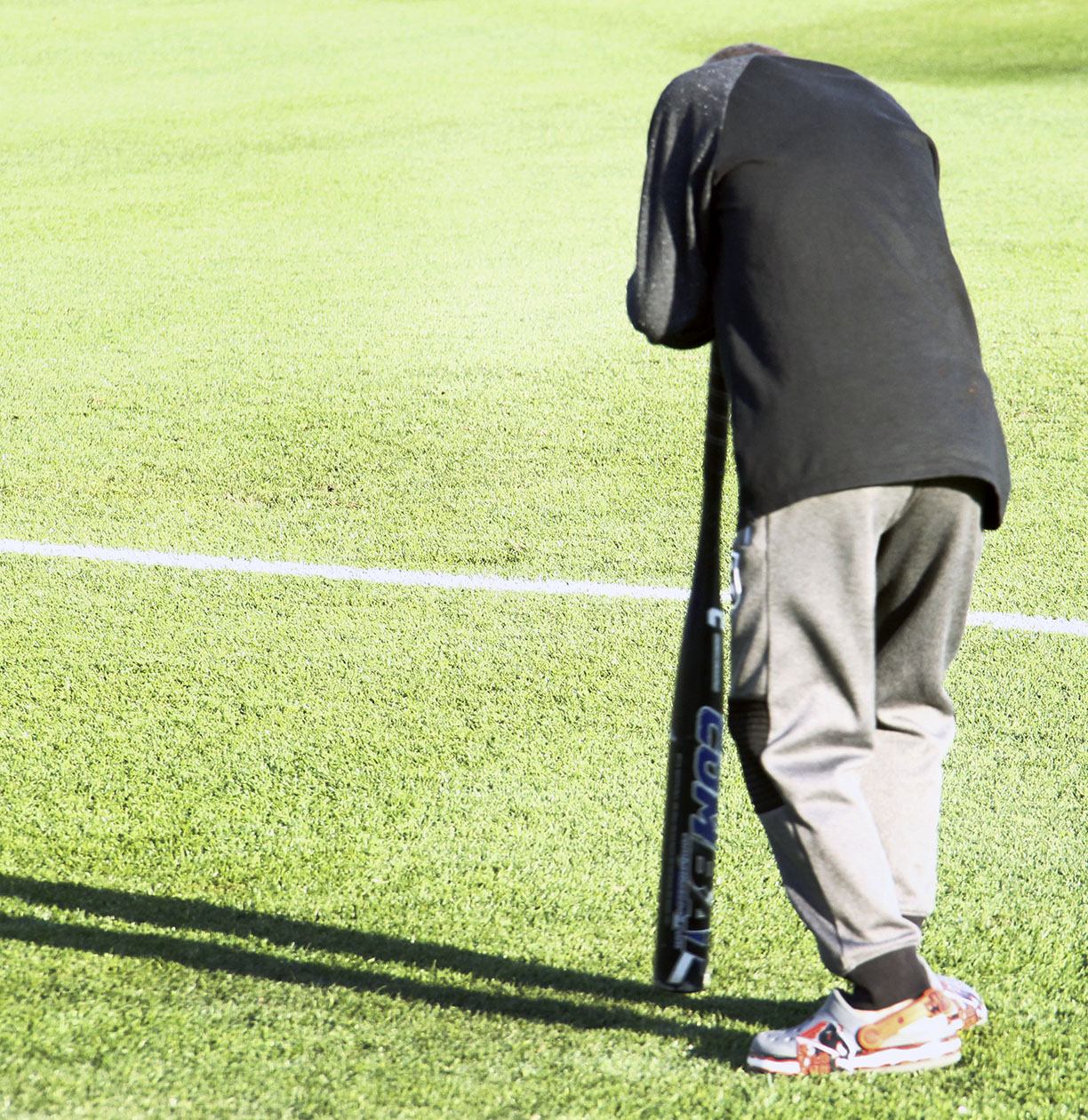 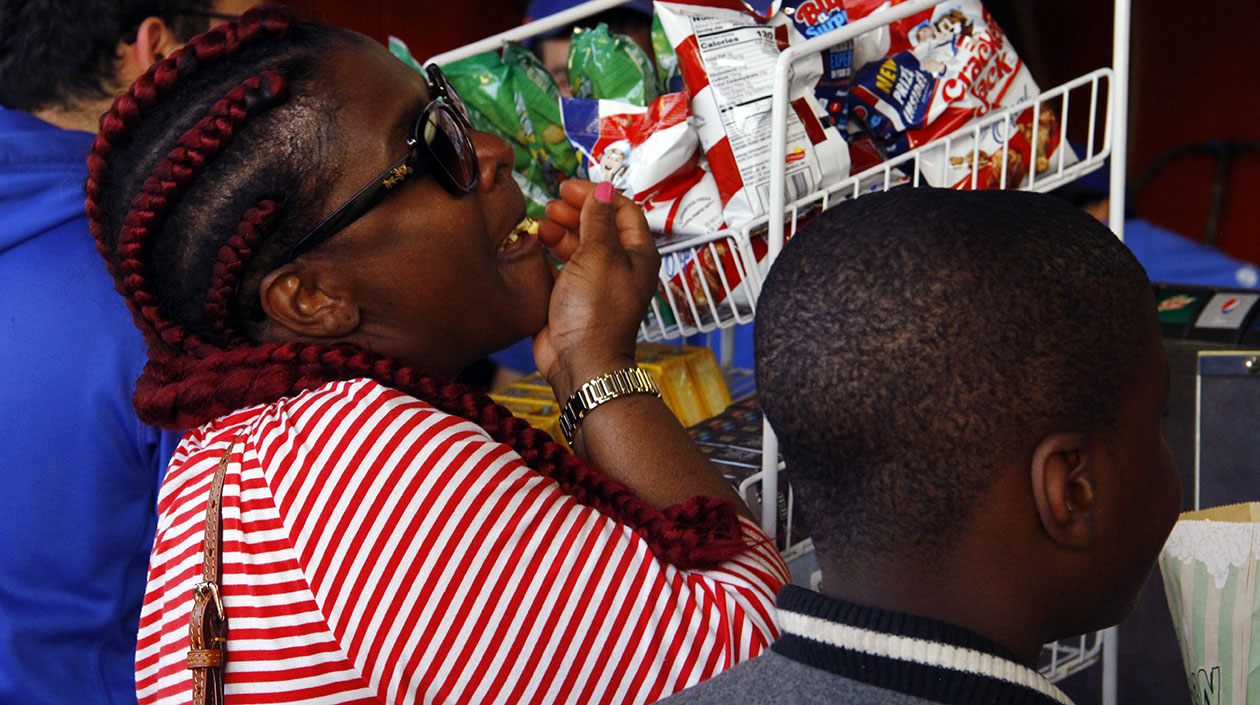 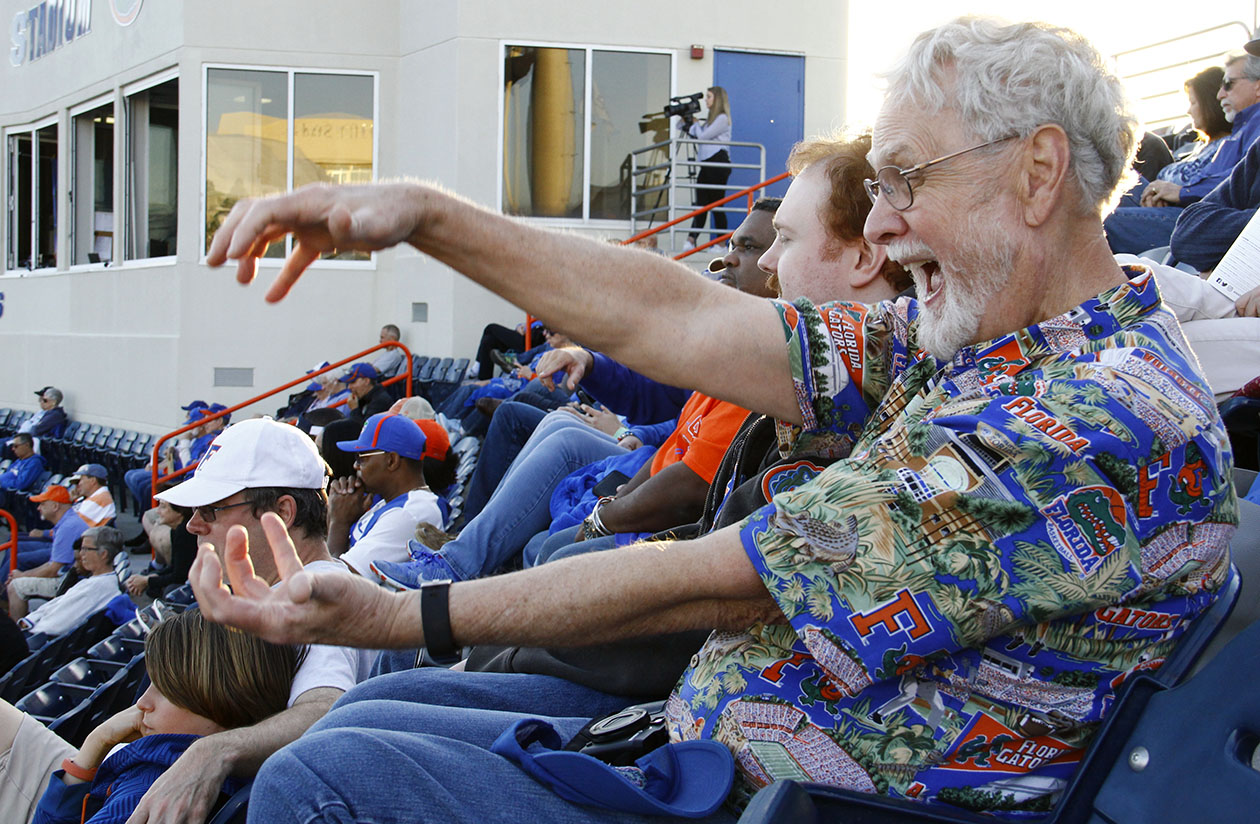 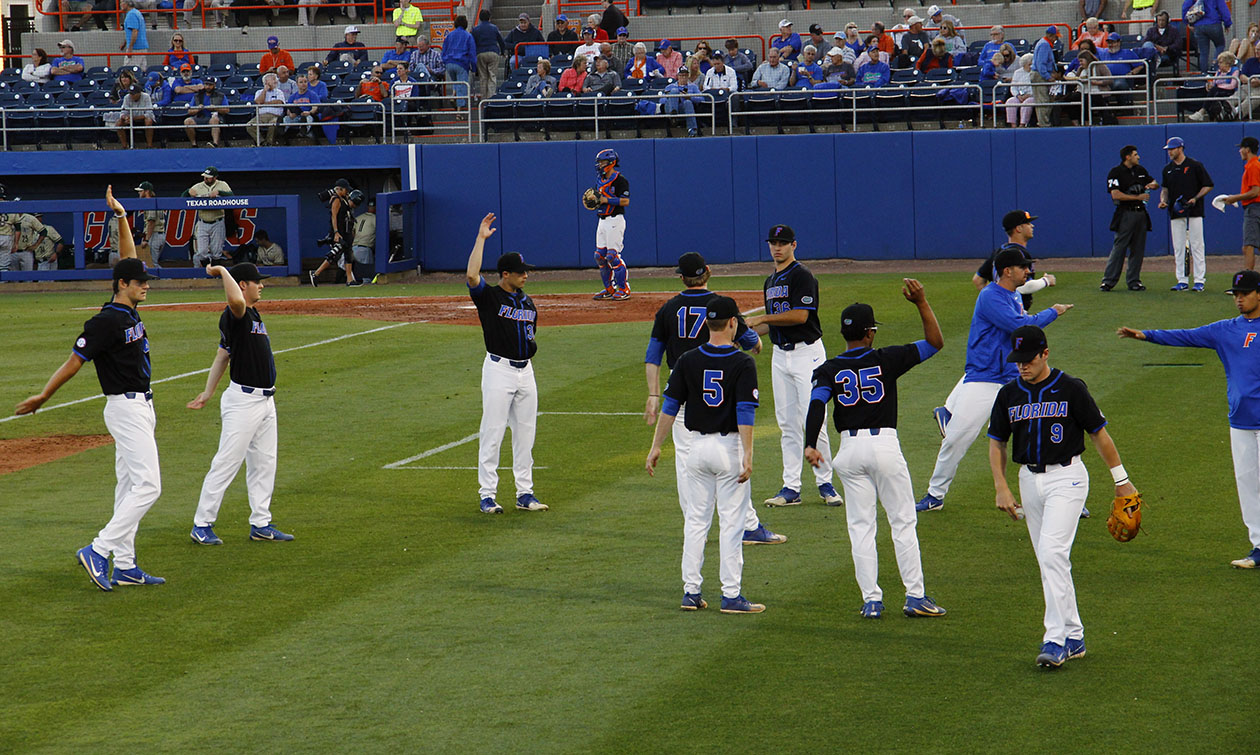 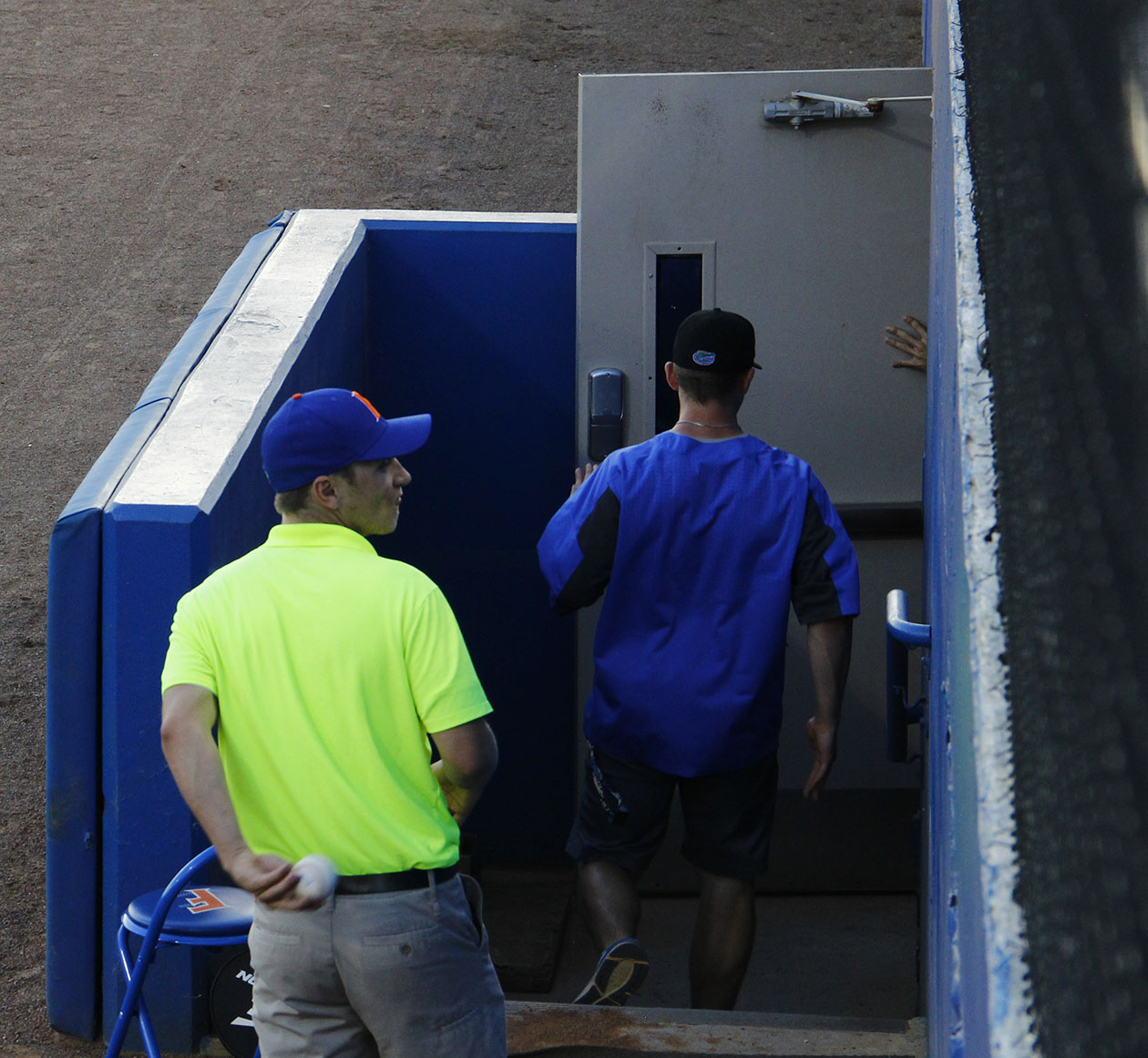 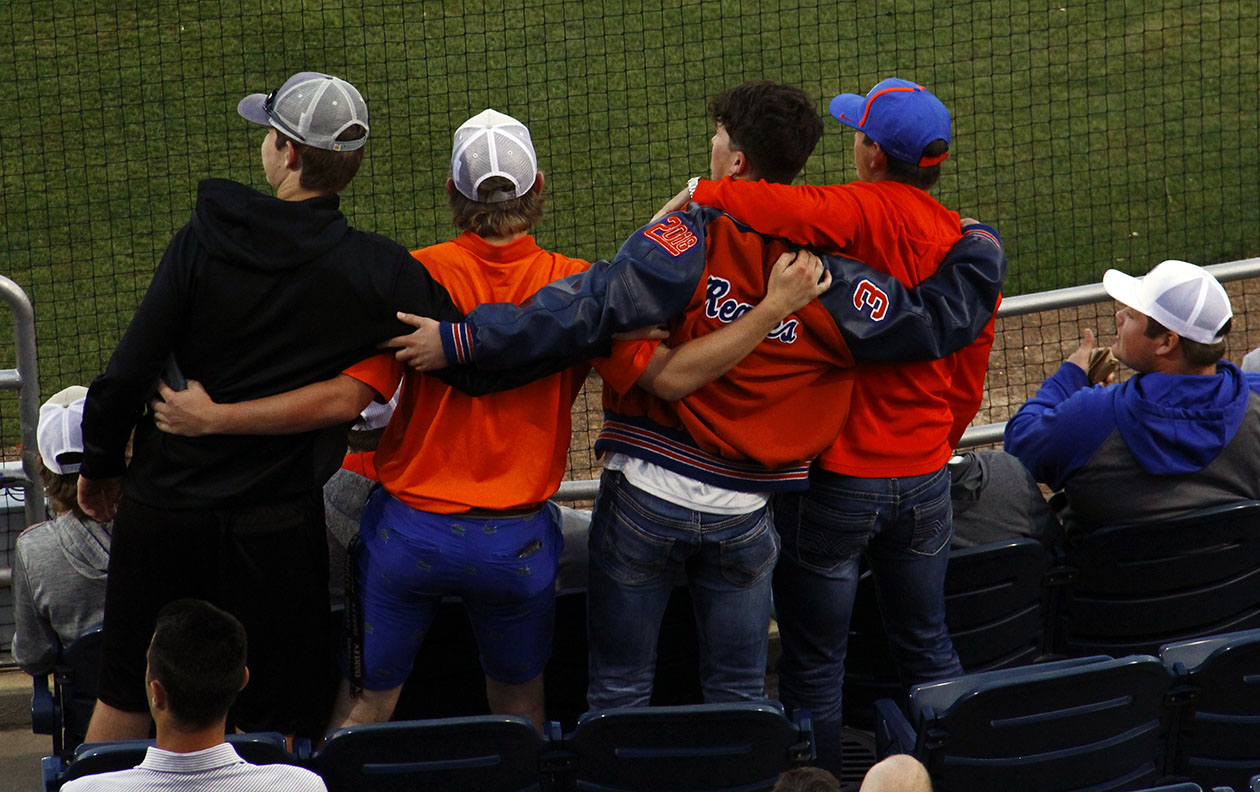 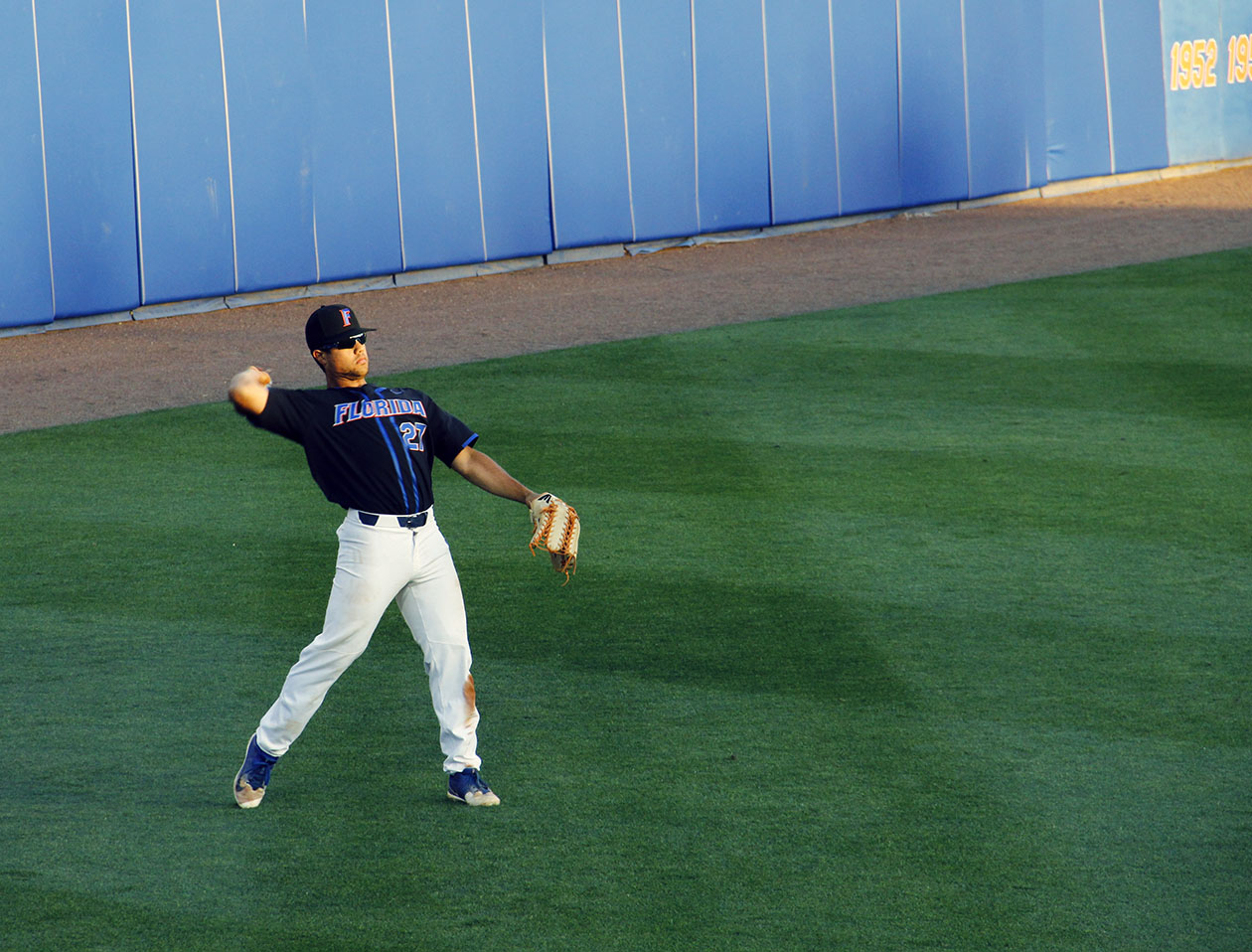 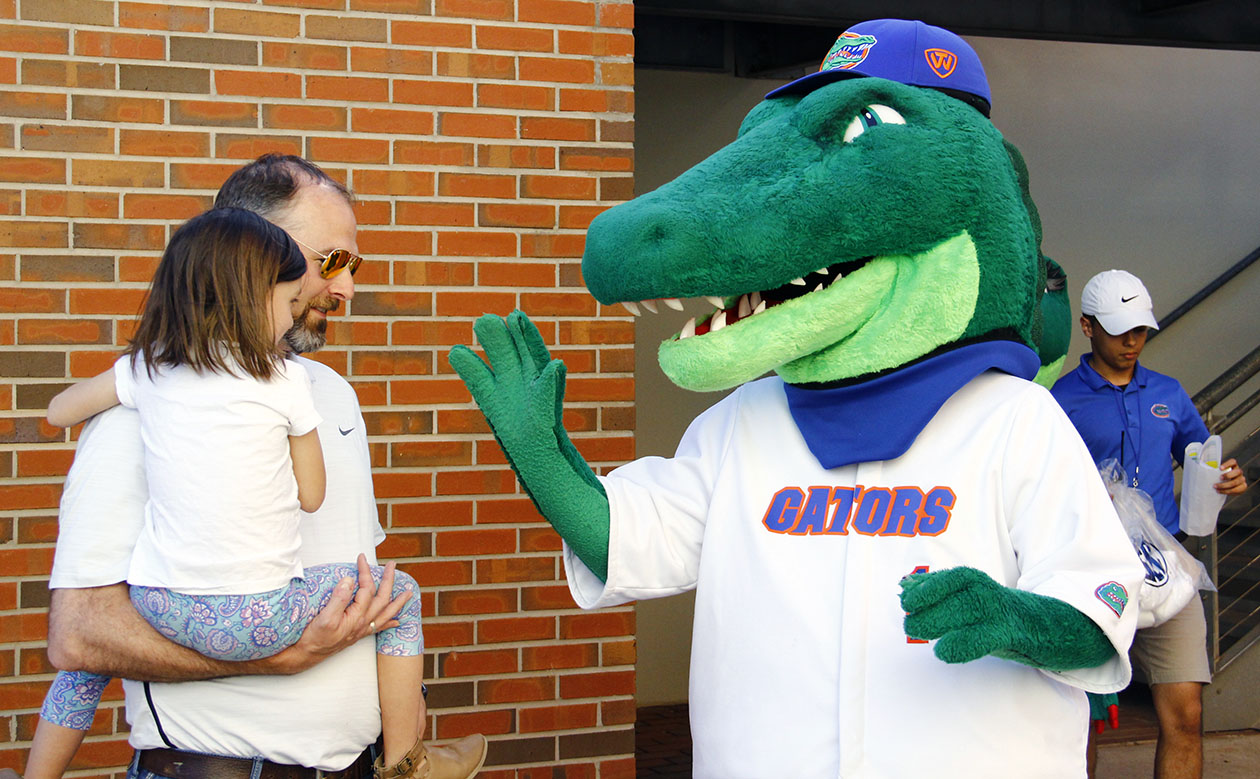 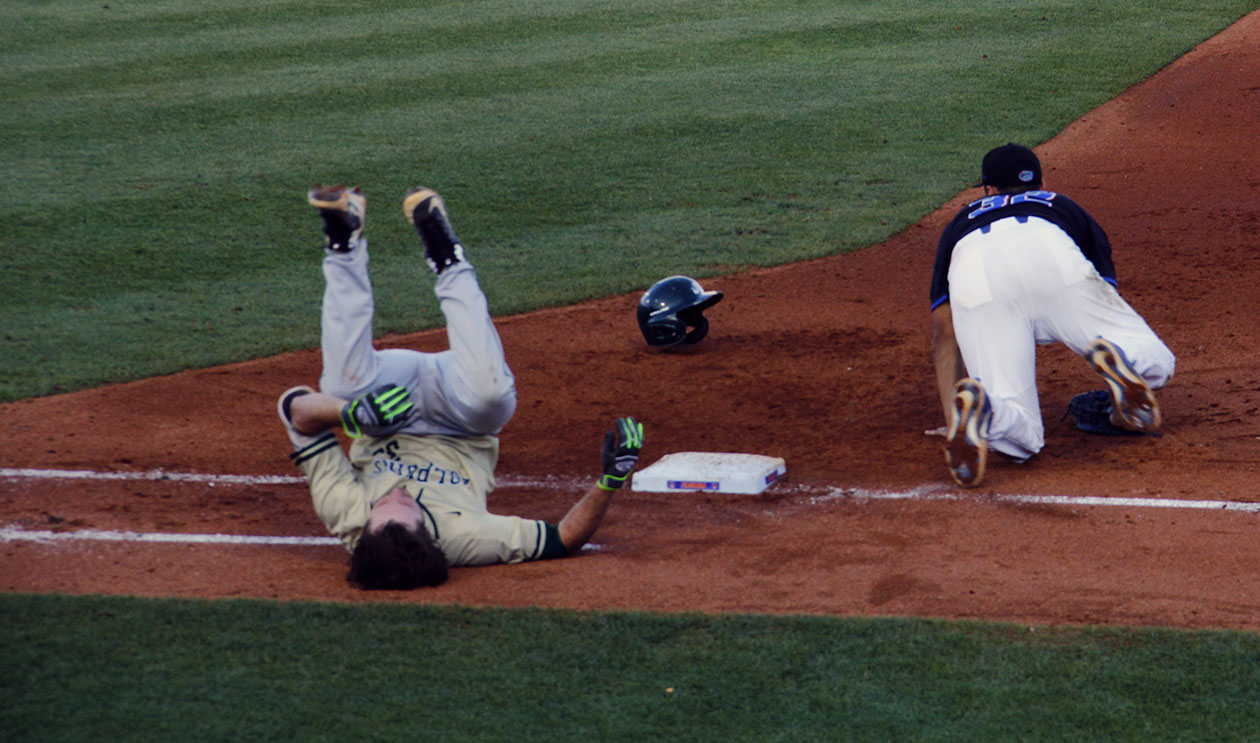 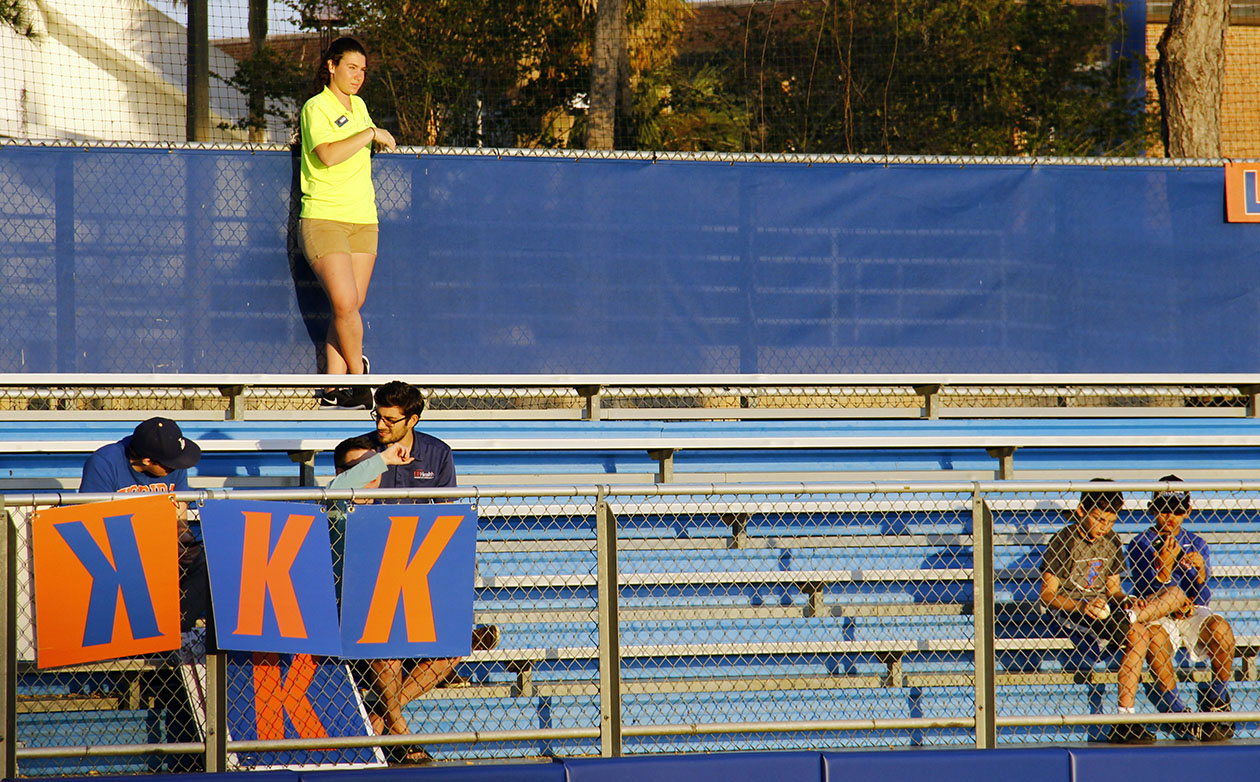 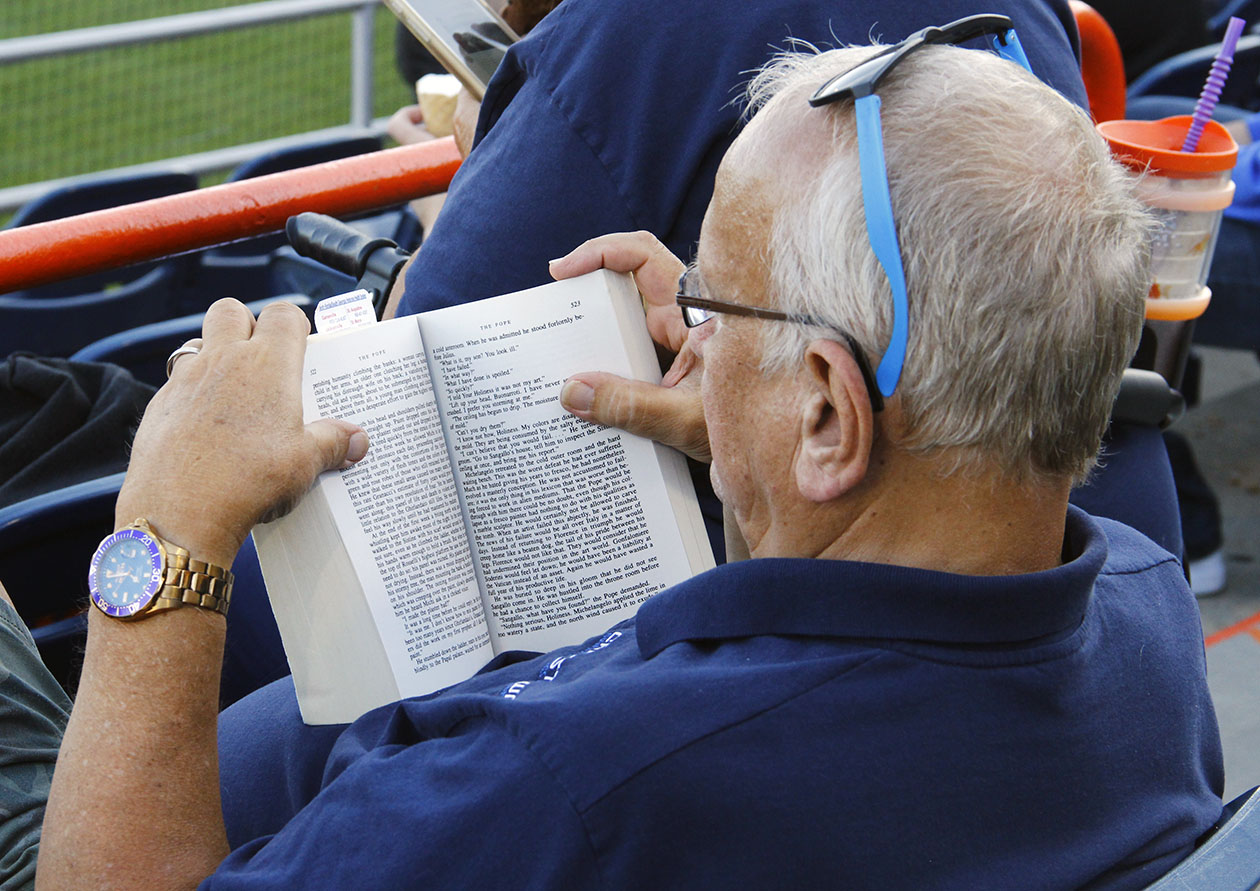 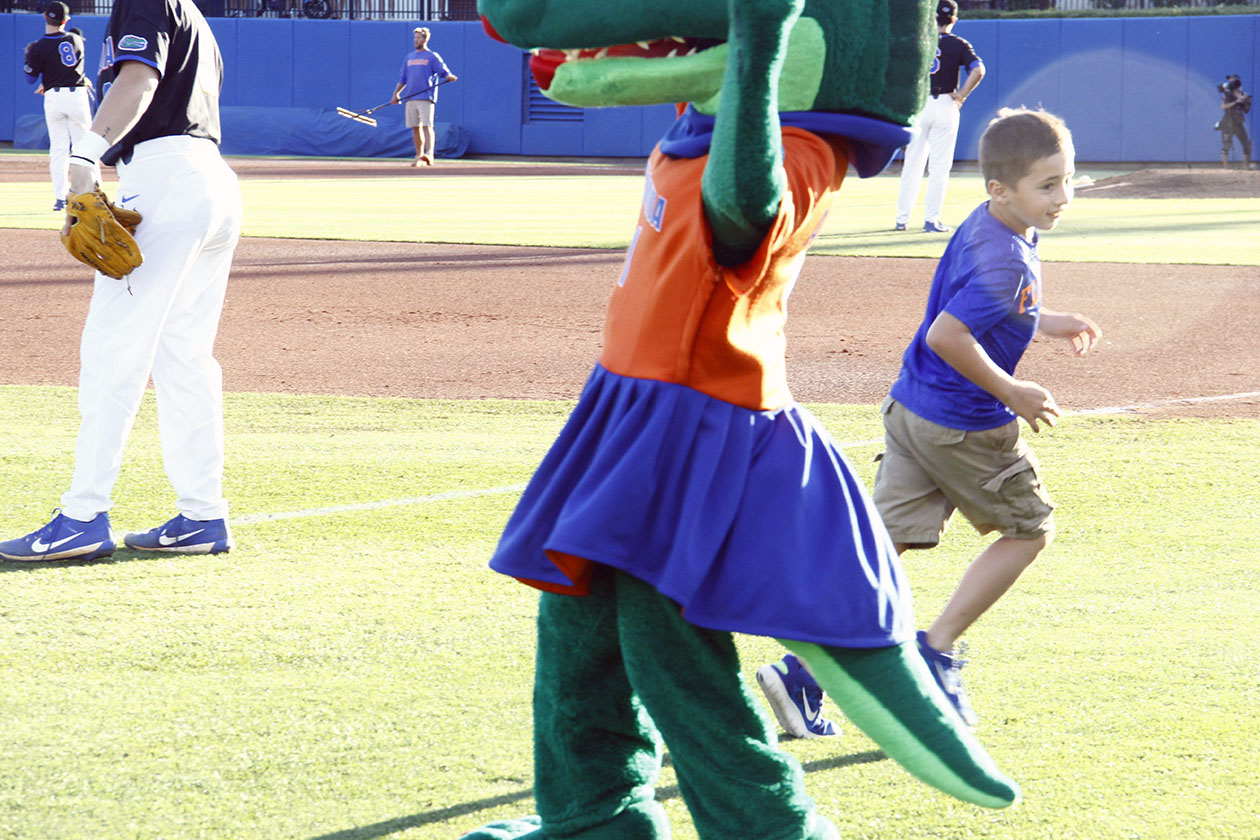 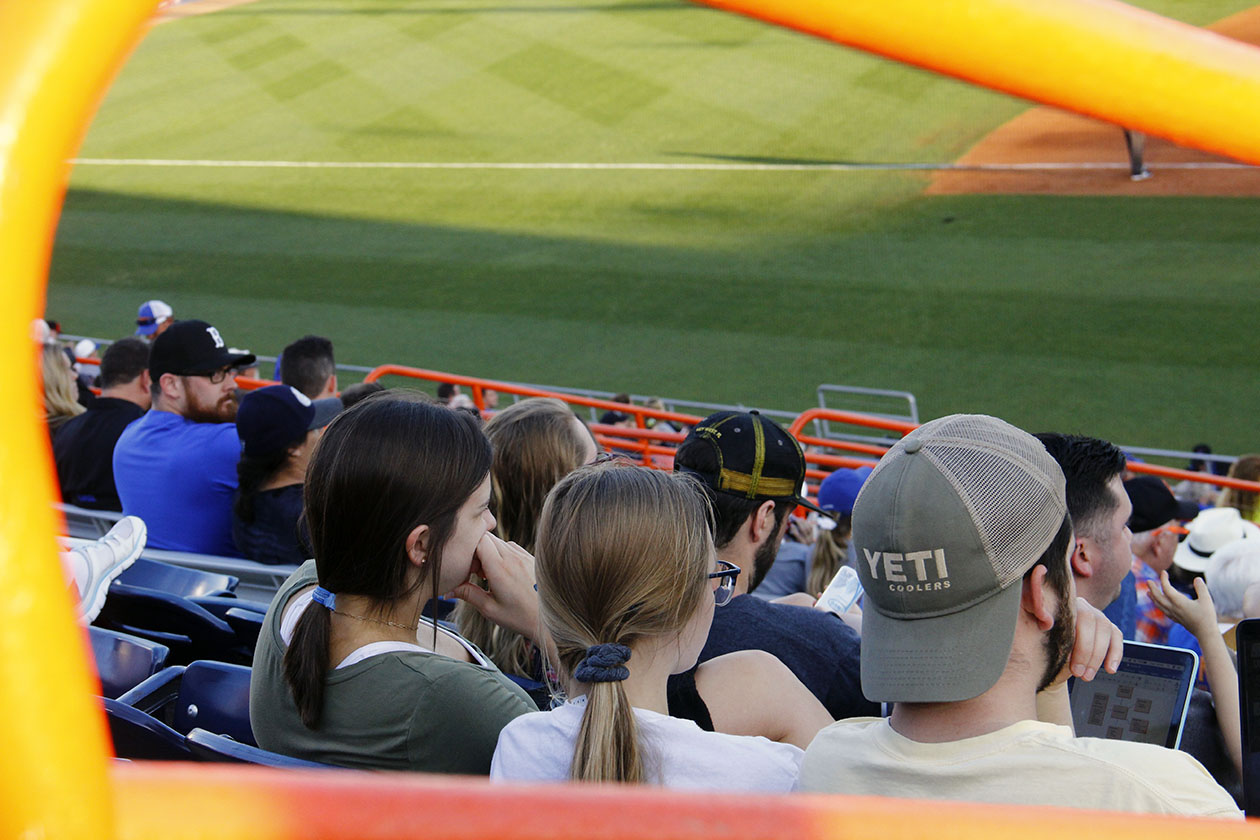 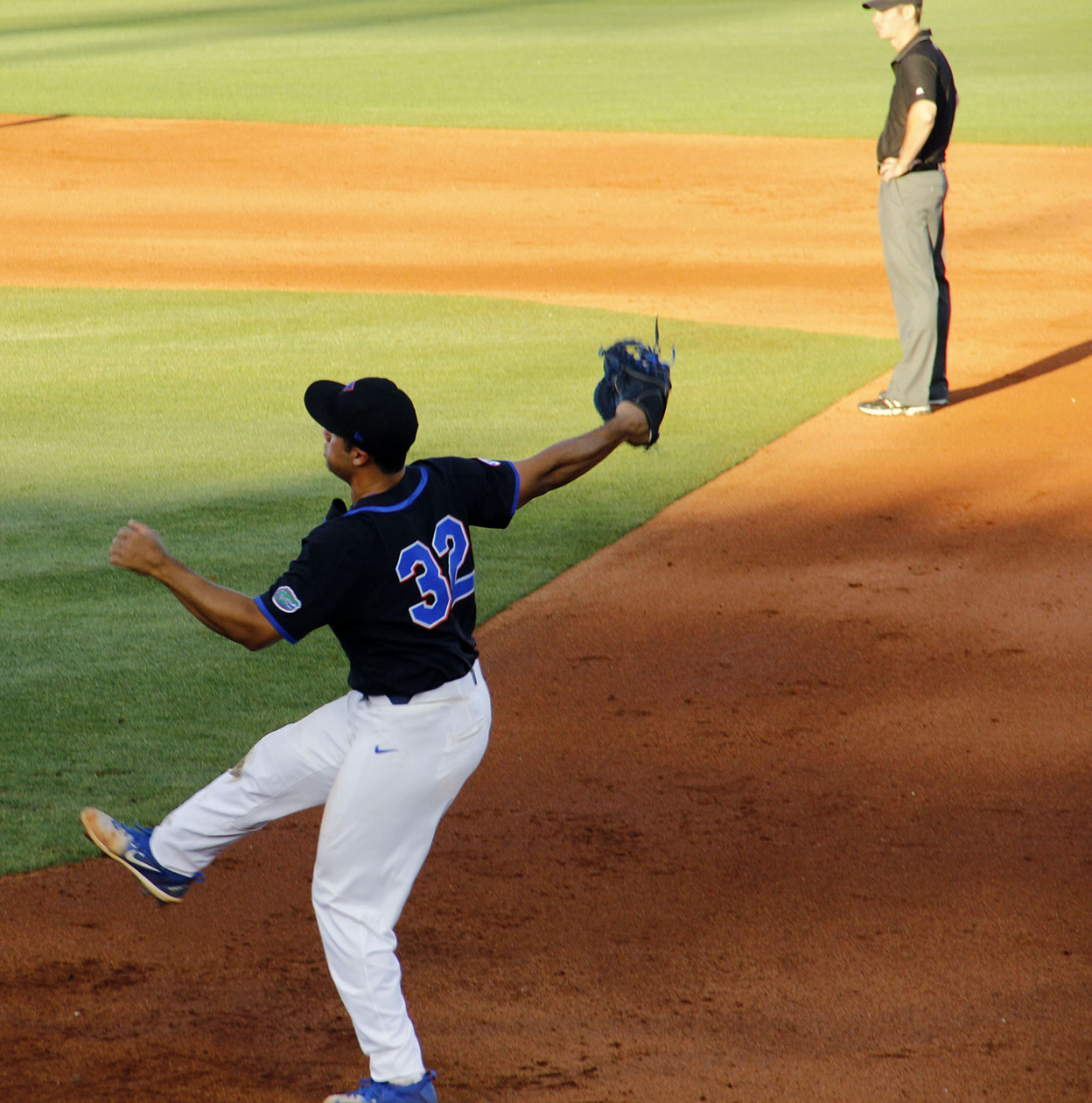 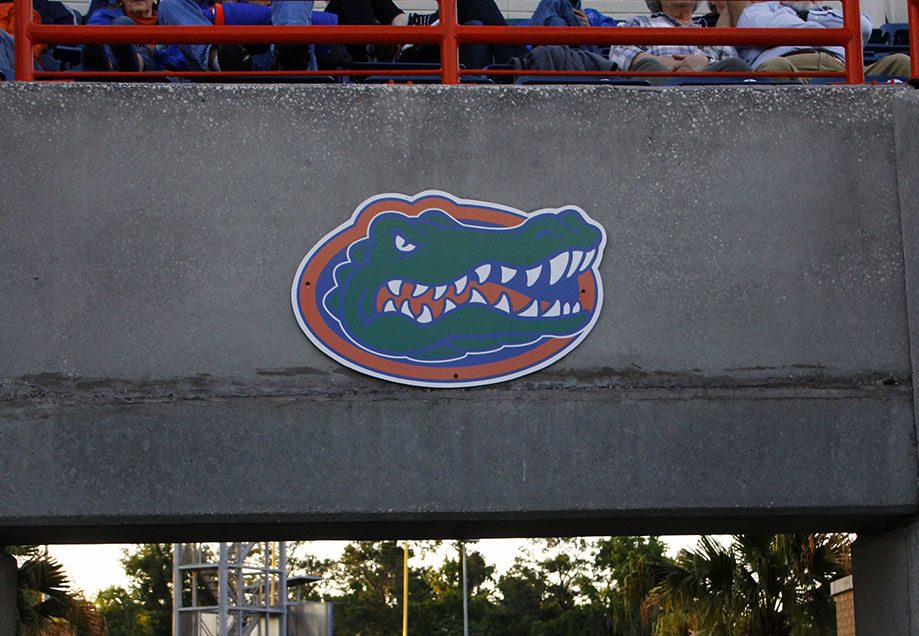 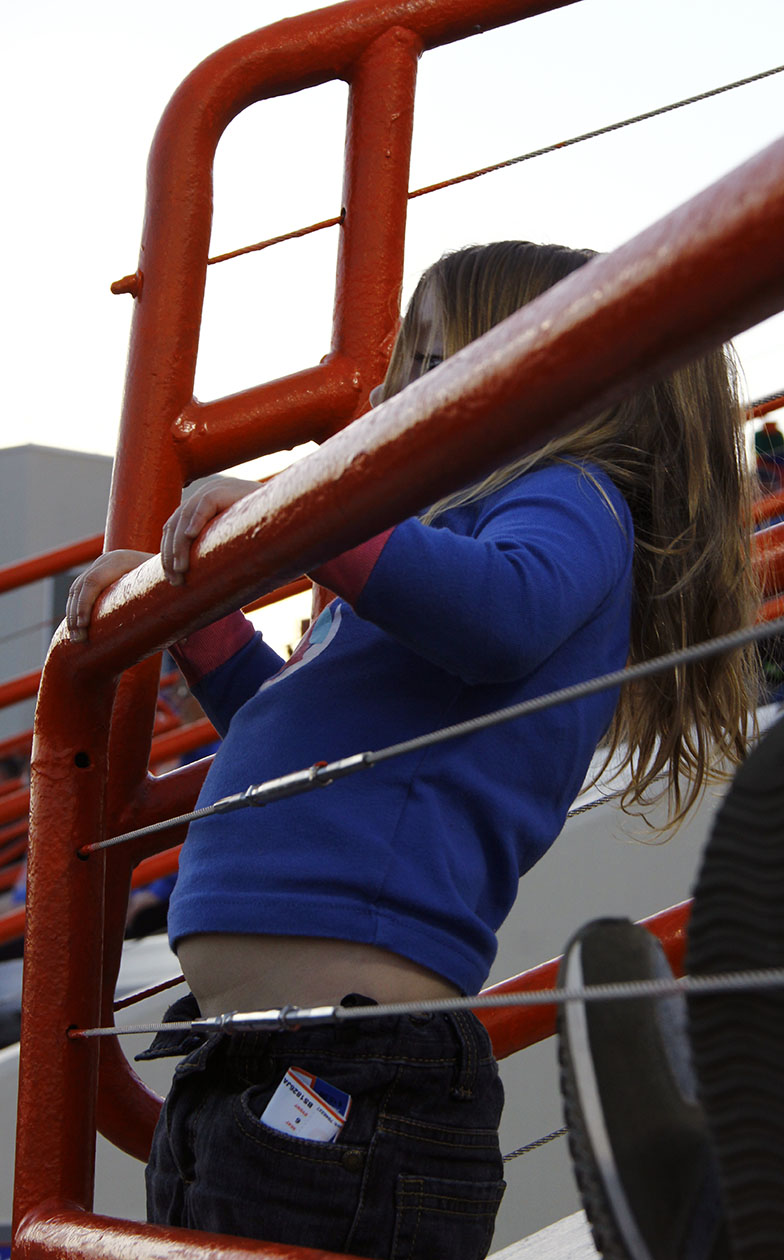 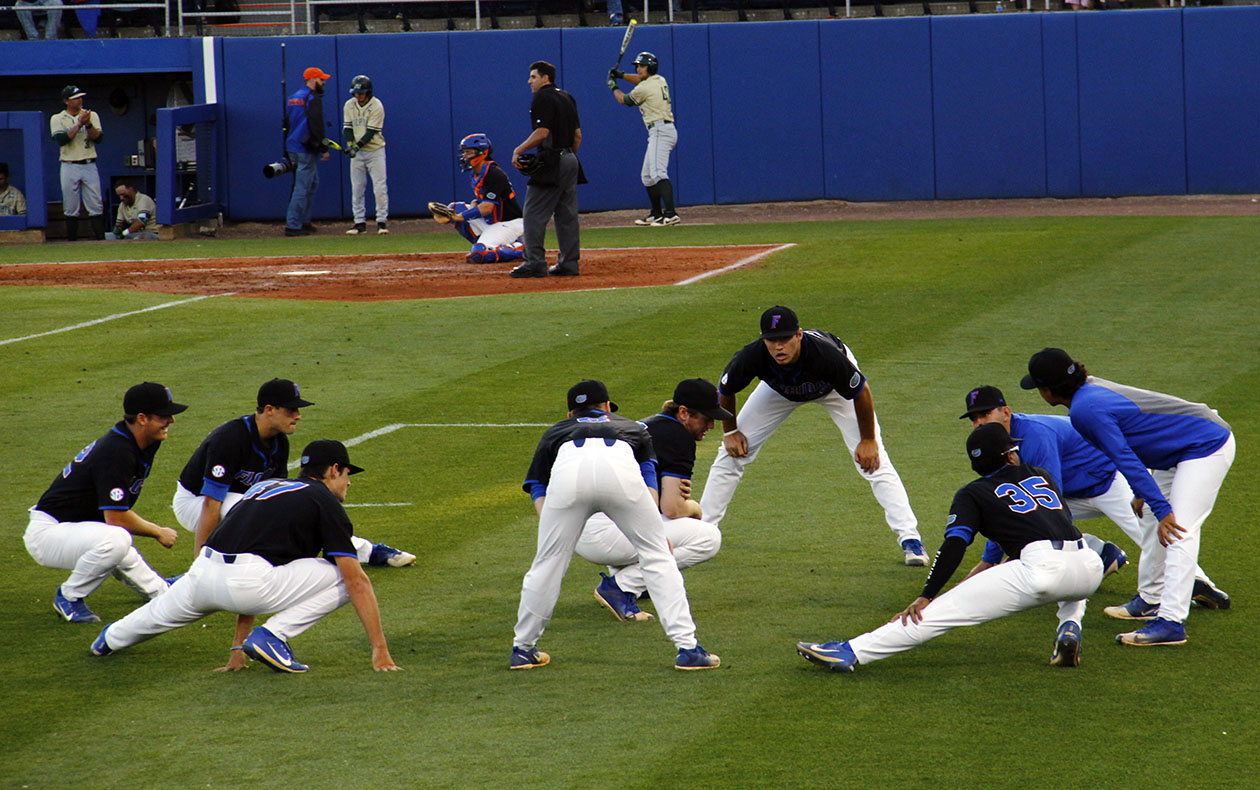 The weather was sunny and higher than 75, but the outcome was not as such for the Gators Tuesday night.

The Gator baseball squad was  handed a tough 8-4 loss at the hands of the Jacksonville University Dolphins. Freshman Jack Leftwich made his fourth start of the year pulling out a few scoreless innings, only to be replaced by veteran pitcher Austin Langworthy.

Collisions and contests kept the tempo upbeat for the fans, but the Gators couldn’t keep their lead over the Dolphins even with hits from India and Dalton.

The team moves on to Kentucky this weekend hoping to redeem its No. 1 status and dominate against the top ten squad.

Previous The Comeback Kid: Carson Wentz
Next Cleveland Browns Look to Turn Things Around in 2018