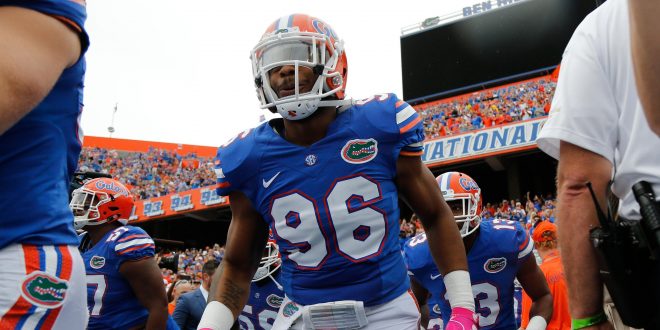 A couple of nuggets of news surrounding the Gators football team have emerged following the spring game last weekend.

Cece Jefferson’s status for the start of his senior season will something to keep an eye on, as the defensive lineman reportedly underwent shoulder surgery this week due to an injury he picked up in the Orange and Blue Game this past Saturday. The Gainesville Sun’s Robbie Andreu was the first to break the news.

Florida defensive end/outside linebacker Cece Jefferson underwent surgery on his right shoulder earlier this week and is out for four months, a source told The Sun today. He injured his shoulder in the first half of the spring game.

The four month timetable would mean that he’d be back by late August. That means that barring any setbacks, Jefferson figures to back in time for Florida’s season opener on Sept. 1 against Charleston Southern. Jefferson is coming back for his senior season after a junior year in which he led Florida in tackles for loss (13.5) and sacks (4.5).

Should Jefferson not be available by then, a player who could figure to get more reps in his absence would be junior Antonneous Clayton, who fits the physical mold (6-foot-3, 254 pounds) of an ideal fit as an outside linebacker in new defensive coordinator Todd Grantham’s 3-4 scheme.

Just a few days after quarterback Jake Allen announced his intentions to transfer, defensive back McArthur Burnett became the second Gator this week to tweet out his plan of transferring schools.

Burnett has three years of eligibility left as he’s entering his redshirt sophomore season. He appeared in six games last season as a reserve but never cracked the starting lineup, as Marco Wilson and CJ Henderson locked down the starting positions from the beginning of the season.