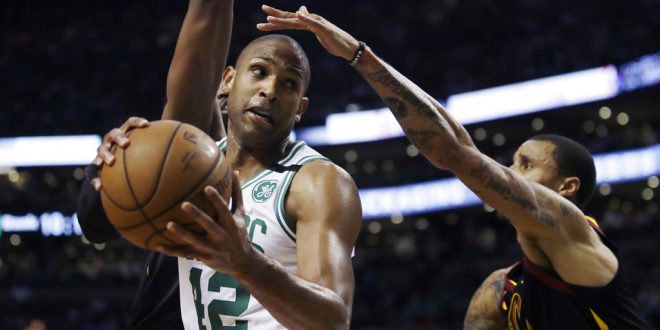 A road team has yet to win in the Eastern Conference Finals. The Boston Celtics defeated the Cleveland Cavaliers 96-83 on Wednesday night in Boston, improving to 10-0 at home in the postseason.

Jayson Tatum led Boston with 24 points and seven rebounds while Al Horford had a double-double with 15 points and 12 boards. The Celtics have a chance to close out the series on Friday in Cleveland.

LeBron James looked gassed toward the end of the contest after putting up 26 points and 10 rebounds. The Cavs fell behind early, but fought back multiple times. They still didn’t have enough to keep the game close.

The Young Celtics Are One Game From the Finals

The Celtics got up big early, and led throughout the entire game.

Terry Rozier and Jaylon Brown didn’t have their best nights. They shoot a combined seven for 30 from the field but made impacts defensively. Marcus Smart had 13 off the bench including three three-pointers.

Tatum, who only played in 29 college games at Duke, was playing in his 97th game this season for the Celtics.

After the win, Tatum would speak to ESPN about the game five performance.

“I just enjoy playing in the big moments, in the big games,” he said. “I think that’s when I have the most fun when things are on the line.”

He’s averaged 17.2 PPG this series on .475% shooting. Tatum is the sixth rookie in NBA history to score 300 or more points in a postseason.

The Cavs only shot 26.5% from three, and the key role players from games three and four didn’t carry their success onto the road. JR Smith shot 1-for-6 with two points and Kyle Korver went 2-for-6 with seven points.

The most life the Cavs role players showed was in an under the basket scuffle between Larry Nance Jr. and Marcus Morris.

The Celtics will have the chance to advance to their first finals since 2011 if they can win on the road for the first time of the season. LeBron looked tired while being held to just two fourth-quarter points and committing six turnovers.  However, LeBron should have more help from his role players at home.

“We’re looking forward to having an opportunity to force a game seven,” said James.

Boston will be on the road against Cleveland for game six this Friday at 8:30 p.m. Boston currently leads the series 3-2, and the game takes place from the Quicken Loans Arena in Cleveland, Ohio.