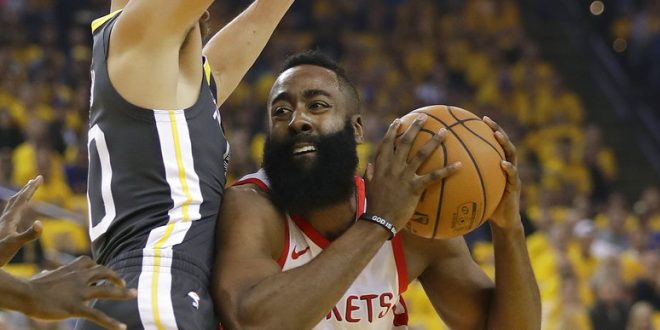 It’s hard to deny that the Houston Rockets have already had a remarkable season, but there’s always been a sense that their season would ultimately be judged on the outcome of one series. So far, so good.

On Thursday night, in front of their home crowd, the Rockets will get the chance to take a 3-2 series lead back to Oakland. Their season-long goal of toppling the Golden State Warriors, would look even closer than ever.

But if Mike D’antoni and his team suffer defeat tonight, the Rockets would be faced with scathing defeat against the defending champions come Saturday.

Even more, they’d have to do it at the Oracle Arena — a place the Warriors have gone 7-1 in throughout these playoffs.

After managing to even the series in Game 5, the Rockets inflicted upon the Warriors their first home-playoff loss since Game 7 of the 2016 NBA Finals.

The Warriors went undefeated at home throughout last year’s playoffs, and D’Antoni recently spoke about the importance of snatching Game 5.

The Rockets kept the Warriors under the 100-point mark for the first time this series in Game 4. On that night, James Harden led the way for Houston with 30 points. Chris Paul was right behind him with 27.

Forward P.J. Tucker and center Clint Capela each had double-figure rebounds. Eric Gordon has made big contributions throughout the series, and he continued to do so on both ends in Game 4.

Houston will need to produce a similarly impressive performance tonight on home court if they hope to take the initiative.

In the past, Steve Kerr has shown he has the ability to rally his team in tough situations.

But there’s also little doubt that Kerr and the Warriors find themselves in one now.

Kerr also said he wasn’t pleased with the Warriors’ execution on offense for Game 4.

The Warriors turned the ball over 16 times last Thursday. The Rockets held them to under 40 percent shooting. Klay Thompson could only muster 10 points on 4-13 from the field. For most of the game, the Warriors lacked their usual fluidity on offense.

The Rockets will once again be looking to disrupt the Warriors’ rhythm tonight. Barring a Game 3 blowout, the two teams have mostly been evenly matched throughout the entire series.

Both coaches know the importance that a pivotal Game 5 holds. With a hindered Thompson, the clash between Golden State’s all-star duo of Kevin Durant and Stephen Curry versus Houston’s Harden and Paul will be out for further display.

Tonight’s game may indeed be decided by which team’s pair of all-stars can outplay the other’s.

Sports media and management student at the University of Florida. Content creator for ESPN 98.1 FM/ 850 AM WRUF.
@TheEdgarChavero
Previous Celtics Take 3-2 Lead In Series Against Cleveland
Next Houston Rockets Close Out Drama-Filled Game Five Against Warriors

The Orlando Magic lost to the Houston Rockets at home Sunday night 114-110. Final in …