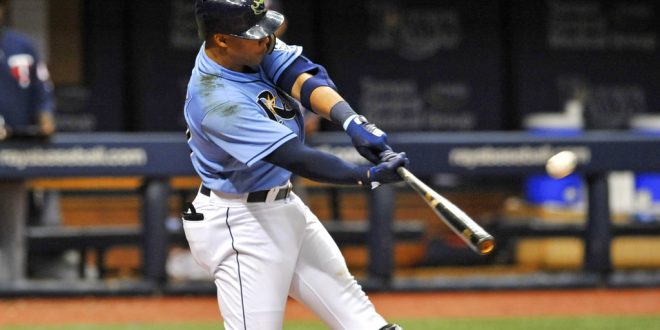 Miami – The Marlins are in a 4 game series against the San Francisco Giants. They defeated the Giants last night 7 to 5 to start out the series. The Giants had a hard time last night with their starting pitcher, with Madison Bumgarner being ejected late in the sixth inning. Shortly before that, he had given up a single run that tied the game for the Marlins, which they were trailing throughout the majority of the game.

Only being the second start of the season for him, he was having much trouble with the umpire last night on his calls. Bumgarner and the umpire were not seeing eye to eye, not very satisfied with the strike and balls he was calling.

After getting taken out the game the Marlins did not shy away from coming back after going hitless in the first three innings, taking the win over the Giants.

Brian Anderson the rookie, JT Realmuto and Lewis Brinson combined for 8 of the 12 hits for the Marlins including home runs.

The Tampa Bay Rays are in a three-game series against their division rivals the Toronto Blue Jays. Tampa Bay started off the series right defeating the Blue Jays 8 to 4 in last night’s battle. Rookie Jake Bauers had an outstanding game last night hitting his first career home run and after that, the Rays went on a run.

Only being his fifth major league game, Bauers rallied in and scored three times last night. The Rays had an answer for everything the Blue Jays were trying to throw at them. Leading the series 1-0, they are back at it tonight to face off against the Blue Jays.

Tune in tonight to catch both Florida teams defend there home fields beginning at 7:10 p.m.