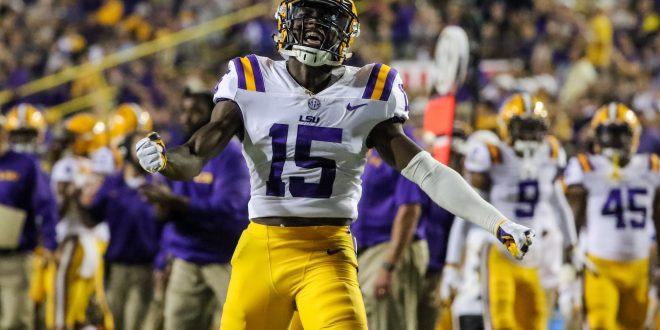 College Football is back in full effect this whole weekend with many matchups to watch.

Miami is starting the season ranked at No. 8 and LSU is ranked 25th.

The LSU Tigers are looking to start their season 1-o. LSU comes into this game with some unknowns due to getting a new offensive offense coordinator.

LSU will start their Ohio State transfer Joe Burrow as their QB in Arlington, Texas. This will be his first college game being a starter.

The transfer has a very keen eye for reading the defense, making good passes and gaining yardage.

LSU has had a bit of trouble putting all their pieces together. It’s not that they don’t have an outstanding team, it’s just their pieces tend to not match up at times. The Tigers defense for sure is one that wont give up much on the board. Its their offense that might have a bit of a struggle during this game.

Although Coach Orgeron says that they will face challenges with Miami’s defense going into this game, he feels confident that his team will go in and get it done.

Basically this is a team being rebuilt in the process.

.@mflynn3 to Davis
Addai up the middle
Flynn to @JacobHester22
The Tigers were dominant the last time LSU and Miami met. pic.twitter.com/zPLIpq47fX

The Hurricanes are led by head coach Mark Richt, who enters his 3rd year coaching the Hurricanes. Miami comes into this game confident. This is a big game for both teams.

Miami will come into the season with its highest preseason ranking since 2004.

The starting QB for the Hurricanes will be Malik Rosier who comes into this game with a chip on his shoulder after ending last season with throwing five interceptions. Also, returning running back Travis Homer and receiver Ahmmom Richards are two who both bring excitement to their offense.

This game will set standards for both teams as both want to be contenders for a championship. The game plan for the Hurricanes is to take away the Tigers running game.

LSU is going to have many challenges throughout this game because Miami is a developed team and one top notch defensive team as much as offense to.

Tune in Sunday at 7:30 to catch the kickoff

Previous Auburn Returns to Atlanta to Face Washington
Next Gators Football Preview: The Start of the Mullen Era in Florida