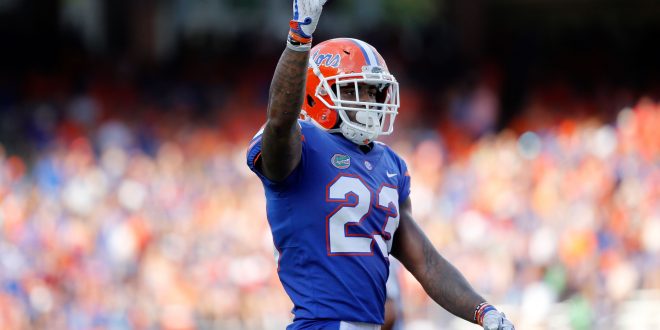 One of Florida’s more outspoken players made a bold prediction during a Monday press conference about the result of Saturday’s game.

But he didn’t discredit the quality of players the Kentucky Wildcats boast or their team overall. “They’ve got some good players,” Gardner-Johnson said. “They’re disciplined. They play us hard every year. They’re coming in with a chip on their shoulder that they can beat us.”

This isn’t the first time a Florida defensive back has promised a win over an opponent. In 2016, then-junior cornerback Quincy Wilson made his notorious “duck pull a truck” quote when he guaranteed a win over rival Tennessee.

“It’s going to be in the Swamp so at the end of the day our team knows it’s capable,” he said. “We just got to go out there and play, execute our game plan and do what we have to do.”

Kentucky running back Benny Snell Jr. had his own words during the preseason as he stated he is the best running back in the Southeastern Conference back in July. He’ll be a main focus for the Gators defense.

“He’s a good player, I don’t take anything from him,” Gardner-Johnson said. “Last year he ran hard. He showed that he’s a good back.”

More on Snell from Gardner-Johnson:

Kentucky utilizes Snell in the wildcat a healthy amount. Gardner-Johnson said it will be something the Florida defense has not gameplanned for a lot, but will have to look out for during the game.

Gardner-Johnson also said the Wildcats possess a good overall receiving corps that will not just “come out here and lay down.” But, he said the players still have to line up and the Gator corners Marco Wilson and CJ Henderson give the Gators a chance.

Jachai Polite is a player for Florida who broke out during 2017 and continues to get better for the Florida defense. Chauncey Gardner-Johnson has definitely taken notice.

“That’s my boy,” Gardner-Johnson said of his friend going on what he said for three to four years.

Gardner-Johnson and the Gators defense will be in action this Saturday at 7:30 p.m. against Kentucky.

Previous CFB Preview: Tennessee Looks to Bounce Back Against ETSU
Next Preview: Florida Soccer Takes on No. 3 Florida State