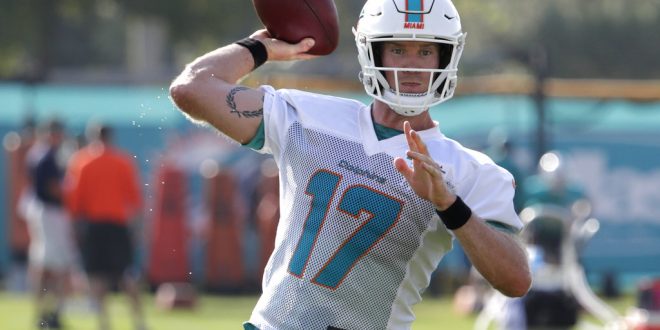 Roughing the passer calls have new qualifications this year. Players, referees and fans have trouble agreeing on the new rule and how it should be implemented in the game. The NFL describes their new rule as a way to prevent tacklers from landing on the quarterback with the full body weight. Through the first few games of the season, it is apparent the penalty will be called liberally. The frequency of the calls is making the game frustrating to watch and even more frustrating to play.

Problems All Around the League

As the NFL explained Wednesday that no changes would be made to the point of emphasis on roughing the passer, we provide some context with voices from around the league: pic.twitter.com/EzJF9nvzE2

Through Clay Matthews’ entire career of over nine seasons, he only had four roughing the passer penalties called against him. In the first three weeks of this season, he’s earned three calls. One of the penalties came against the potential game-winning interception when Clay Matthews hit Kirk Cousins illegally. A hit that what would have certainly been a legal hit last year instead earns the Vikings a first down. This completely changes the game. It nullifies the Green Bay Packers interception, and the Vikings were able to come back to tie the game.

Fans and Clay Matthews expressed their extreme distaste in the new rule. Matthews calling the rule “soft.” Many think the reasoning behind the new rule is because of Anthony Barr’s hit on Aaron Rodgers last year. In that case, Barr had a free run at Rodgers. Barr lifted Rodgers off of the ground and drove him into the turf subsequently breaking his collarbone.

There was one instance last week where Miami Dolphins Defensive End William Hayes tore his ACL attempting to avoid a roughing the passer call. Myles Garrett commented that he wouldn’t be willing to risk injuring himself to lay the quarterback down “like a baby.”

Roughing the Passer calls are absolutely out of control.

Earlier this week, the NFL recently released a video distinguishing examples of legal and illegal hits. The reaction to the video from fans has been negative. The video only presents the certain specific situation where the tackler didn’t have a clear shot at the quarterback. Multiple NFL owners have expressed negativity concerning the new rule as well. However, it seems at least for now that the rule is here to stay. Unfortunately for NFL fans, the sport is changing right before their eyes. Big hits injuring the quarterback is much too risky for the NFL’s bottom line.

"To ensure consistency in officiating the roughing the passer rule," the NFL shared specific examples of legal and illegal contact on the QB. (via @NFLFootballOps) pic.twitter.com/BdWJ0GHg3E