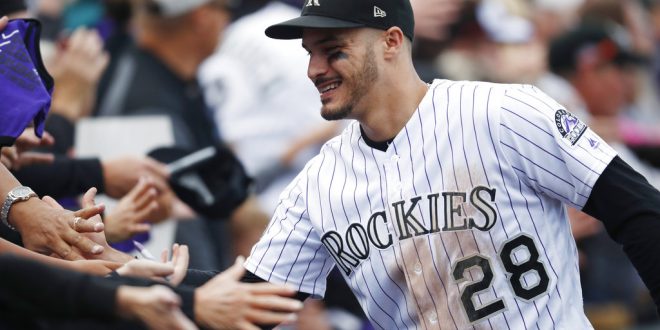 A full MLB season was not enough to decide the winner of the N.L. West. Instead, the Colorado Rockies will have to travel to L.A. to play the Dodgers in a one-game tiebreaker.

The winner of this matchup will get a few days off and a home-field advantage against the Atlanta Braves.

On the other hand, the loser will be on the road to play either the Brewers or the Cubs in Tuesday’s Wild Card Game.

There are no ties in baseball. pic.twitter.com/ICxFOBMcCU

Back in May, the Dodgers looked like a shell of the powerhouse team that made it to the World Series just a year ago. They were 10 games under .500 and off to their worst start in 60 years.

They swept the Rockies at Dodger Stadium from Sept. 17th to Sept. 19th. Then, after losing two of three against the Arizona Diamondbacks, they swept the San Francisco Giants to end the season with a 91-71 record.

The Rockies road an explosive offense all season, but a hot streak to end the season pushed Colorado to the top of the division race. After getting swept by the Dodgers, the Rockies won nine of their last ten games.

The Rockies swept the Diamondbacks in a three-game series, then finished off a four-game sweep of the Philadelphia Phillies at home. Colorado then dominated on the final day of the regular season, crushing the Washington Nationals 12-0 to match the Dodger’s record after 162 games.

Two young studs will take the mound for the tie-breaker.

For the Dodgers, rookie Walker Buehler has been one of the game’s best pitchers in the second half of the MLB season.

Facing Buehler will be Colorado’s own young ace, German Marquez.

Marquez owns a 14-10 record on the season with a 3.76 ERA. However, like Buehler, Marquez has been one of the best second-half pitchers in baseball.

The last time Marquez faced the Dodgers on June 30th, he went eight innings and gave up just one run in a 3-1 victory.

The Game 163 matchup between the Rockies and the Dodgers is scheduled for today at 4:09 p.m.