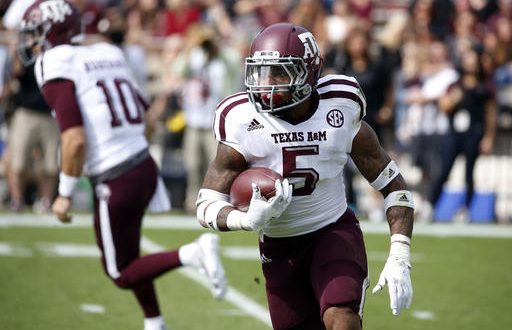 An SEC West battle will take place Saturday at Davis Wade Stadium in Starkville. The Mississippi State Bulldogs (4-3, 1-3 SEC) will be facing off against the Texas A&M Aggies (5-2, 3-1 SEC).

The Bulldogs will be looking to bounce back from a tough loss at LSU. The Aggies are trying to extend their current three-game win streak.

It’s no secret that Mississippi State has one of the best defenses in the country. For this reason, it’s going to be important for Aggies running back Trayveon Williams to have a good day if Texas A&M is going to be able to get the job done. Fortunately for them, he has been extremely productive this season so far, with 798 rushing yards and eight touchdowns.

Bulldog defensive standouts like defensive end Montez Sweat and defensive lineman Jeffery Simmons will give the Aggie offense all it can handle. Texas A&M head coach Jimbo Fisher knows this is the case, but he also doesn’t want to focus on them too much and risk getting taken advantage of by other members of the defense.

Man #MontezSweat is a Sunday player! This miss st defense is Good man!

While Mississippi State head coach Joe Moorhead knows his defense is one of the best, he still thinks there’s room for improvement. He says he has one goal for his guys — to create more turnovers.

Even though the Bulldog defense will be coming in as one of the top in the nation, Fisher thinks his defense is great, too. He says they have been very good at being physical and getting off the field. He also praised punter Braden Mann’s work.

With both defenses playing so well, points might be hard to come by in Saturday’s matchup.

Strength of the SEC

Playing in the SEC comes with its benefits, but it also means continuous tough matchups. With a conference so strong, it’s impossible to ever feel comfortable taking any week lightly.

With just a 1-3 record in the SEC so far this season, Moorhead is fully aware of this challenge.

The Aggies will take on Mississippi State Saturday at 7 p.m. The game will be broadcast on ESPN.

Previous Buchholz vs. Bartram Trail: High School Football Preview
Next Who Will Get Their First SEC Win? Arkansas or Vanderbilt?