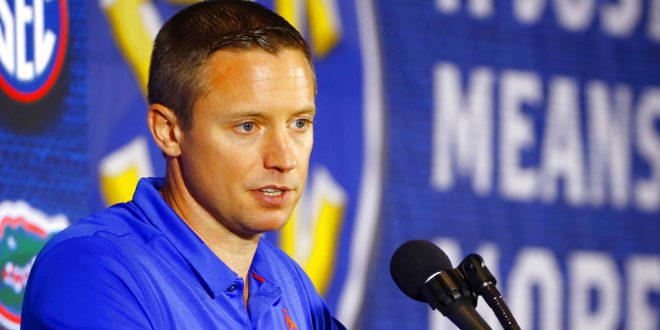 Freshman forward Keyontae Johnson will be looked at to make an immediate impact on the Florida Gators basketball team.

Johnson has been practicing with the team for a little more than a month now. He now has less than two weeks before the Gators season opener at Florida State.

From high school to college

Getting adjusted to the pace of college basketball has been his primary focus.

One of the factors that led Johnson to signing with head coach Mike White is the speed his team plays with. However, the increased pace comes with some challenges. The Norfolk, Virginia native has had to get adjusted to the increased amount of conditioning. He said he isn’t accustomed to always sprinting in practice and it has taken him a little while to acclimate.

Another adjustment he’s been making is not relying purely on his own ability.

Johnson committee to Florida as a four-star. Also, he was ranked in the ESPN top-100 and a hot commodity in this years recruiting class.

He developed his talent at Oak Hill Academy in Norfolk, Virginia. Oak Hill has produced some of the best basketball talent in the country with names like Kevin Durant, Carmelo Anthony and Rajon Rando having played there.

Johnson may follow in those footsteps. At Oak Hall, Johnson scored 18 or more points 19 times. He also recorded a 41.5 inch vertical leap, compared to the NBA average of 28 inches.

His 6-foot, 5-inch frame will make him a tough matchup for smaller defenders. Also, he weighs in at 225 pounds and can absorb contact on drives to the basket.