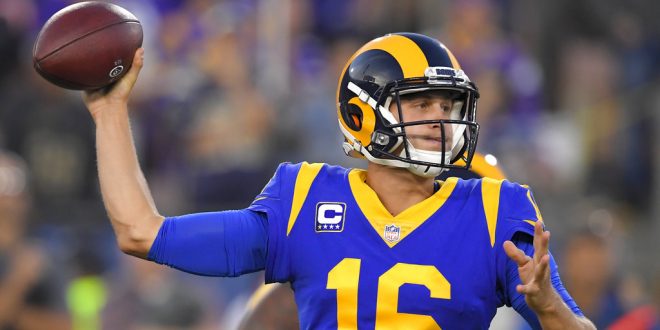 Approaching the second half of the NFL season, the standings are starting to even out. True contenders are taking form, but there still remain several divisions that are up for grabs. The fight for positioning continues this Sunday with a few important games to keep an eye on.

These two teams already played each other in week 1. Cleveland entered this game without securing a win in over 600 days. So naturally, in a style that only the Browns could deliver, they tied with the Steelers. The fridges stayed closed.

But since then, the Browns have collected a few wins under the leadership of rookie quarterback Baker Mayfield. They may not be going from 0-16 to the Super Bowl, but it’s progress.

For the Steelers, this season has been messy. The bizarre power struggle between running back Le’Veon Bell and the Pittsburgh front office continues, as Bell still hasn’t shown up for any of the Steelers’ practices or games. Despite missing one of the top players in the league, they still sit atop the AFC North in a tight race with the Ravens and Bengals.

A powerful defensive frontline has willed Baltimore to 4-3 this season. They lead the league by far with 27 sacks on the year.

Impressively, 36-year-old veteran Terrell Suggs has 5.5 of those sacks. They have also given up the least yards to opposing offenses. They will be challenged by one of the best rushing offenses.

Cam Newton’s rushing ability provides a threat that the Ravens haven’t seen yet this year. Although Newton has had limited reps in practice this week due to a shoulder injury, he is expected to play. However, wide receiver Torrey Smith will not play this week due to a knee injury. The Panthers sit a game behind the New Orleans Saints for first in the NFC South.

Do the Packers have what it takes to knock off the undefeated Rams? This game should be a shootout based on each team’s success with the ball this year.

The young core of Jared Goff, Todd Gurley, Robert Woods, and newly-acquired Brandin Cooks gets better each week they play together. However, Rodgers also has a deep roster of offensive weapons. If we’ve learned anything this year, it’s to not count Aaron Rodgers out of any game, no matter the time and score.

The Packers are half a game behind the Vikings, who they tied with in week 2.

This has been an impressive year for Drew Brees, and not just because he passed Peyton Manning as the all-time leader in passing yards. He is the only starting QB in the league who hasn’t thrown a single interception this season.

With Alvin Kamara and now Mark Ingram in the backfield, this is a dangerous offense. The Vikings are still missing Dalvin Cook, so their backfield will be lead by Latavius Murray for the fourth consecutive week. Cook could be out until after week 10’s bye week. Both teams are first in their division, and this game would provide a much-needed cushion.