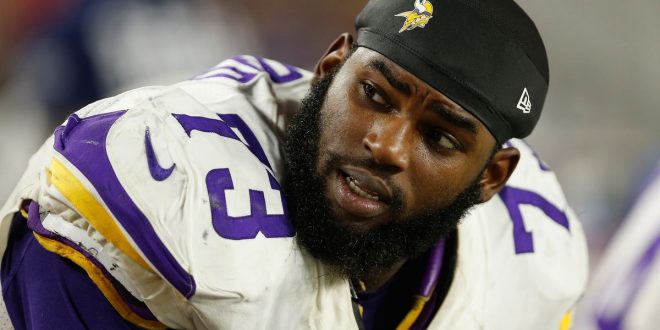 Former Vikings defensive tackle and former Gator Sharrif Floyd is filing a $180 million lawsuit Tuesday in a Florida court against Dr. James Andrews, the Andrews Insitute for Orthopaedic Surgery and others. Floyd’s lawyer Brad Sohn announced the lawsuit in a statement Monday night.

“I’m going to get justice for Sharrif. He would have earned, we believe, a considerable amount of money playing football, and we’re going to attempt to hold accountable the people who prevented him from playing football and ended his career,” Sohn said to ESPN Monday. “I’m prepared to go the distance.”

Floyd is suing over the fact that he allegedly suffered permanent nerve damage following a knee procedure in September 2016. According to ESPN, Floyd went to the Andrews Insitute for what he thought would be a routine arthroscopic surgery with 3-4 weeks of recovery. Once doctors began the procedure, they realized he would need microfracture surgery. This is a more significant procedure that requires drilling into the bone. Doctors gave him a post-operation pain blocker which Floyd claims was poorly administered, paralyzing a nerve and the surrounding muscle.

Floyd was the No. 23 overall pick in the 2013 draft by the Minnesota Vikings. He only played in one game in 2016 and didn’t play in 2017. The Vikings didn’t re-sign him this past offseason.

The crux of Sharrif Floyd's lawsuit hinges on the administering of a nerve-blocking injection that paralyzed a nerve and the surrounding muscle, thus creating a situation where he would never be able to play football again. https://t.co/9v3e4wCK05

Not only is Dr. Andrews being sued, but the two fellows who aided in the surgery, the hospital and the associated corporations are included in the lawsuit as well. A trial could start in late fall or early winter of 2019 after the defendants respond.

However, Floyd is not suing his former NFL team. Floyd filed a grievance with the NFL Players Association against the Vikings when the placed him on the non-football injury list in 2017. Floyd claims he should have not been on that list and owed his full salary for the season. The Vikings only paid him a part of his salary that year. There is no news on whether this situation has been handled yet.

Courtney Mims is a junior telecommunications major at the University of Florida. She enjoys covering all Gator sports and drinking gallons of Starbucks coffee while doing so.
Previous Gators Defeat Razorbacks for 1,000th Program Win
Next Miami Heat Defeat Detroit Pistons in Overtime Win 120-115