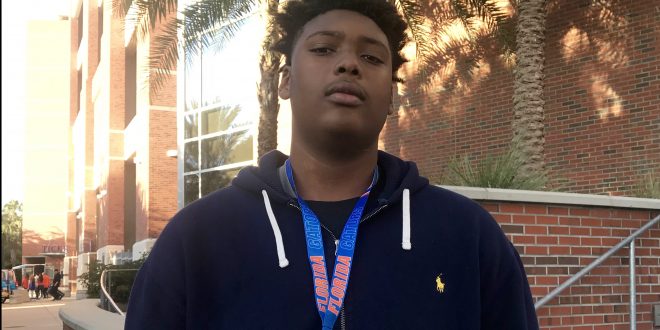 It was the Florida Gators last home game of the 2018 season, where they beat Idaho 63-10. The Gators didn’t just pick up the W on Saturday they also picked up a 2021 offensive tackle verbal commit from George Jackson.

George Jackson verbally committed to the University of Florida after telling Coach John Hevesy following the conclusion of the game Saturday. Jackson will be joining his high school teammate Kamar Wilcoxson a 4 star ATH, who committed after the Florida vs Mizzou game just a few weeks ago. Both boys go to Stephenson High School in Georgia.

Jackson says of all the colleges he’s visited UF is the one he feels the most comfortable with.

He likes that Coach Hevesy breaks down the responsibilities for his position and how Hevesy has put many of his former players in the NFL.

Leonard Manuel had a fun day in the Swamp watching the Gator beat Idaho. 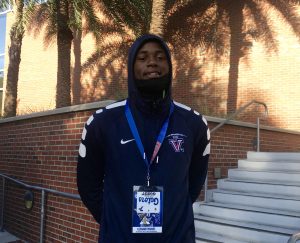 Coach Billy Gonzales advice to Manuel is that he needs to focus on finishing high school strong. Gonzales also told Manuel that he should work on blocking.

Manuel mentioned that Florida is one his top three schools among Penn St. and Georgia. He’s planning to wait until National Signing Day to announce his decision. Manuel will also be attending the Florida vs Florida State game next week.

Aidan Keanaaina is wanting to choose a school before his senior year. Some of the colleges Keanaaina is interested in are Wisconsin, Virginia, Notre Dame and Florida. Keanaaina believes he could fit in at Florida well and doesn’t think distance would be an issue. 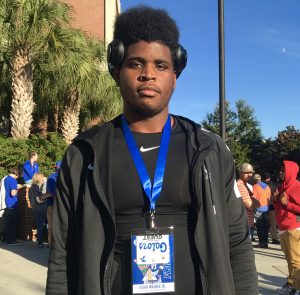 Issiah Walker committed to the South Carolina Gamecocks back on May 8th.

During his visit Saturday, Walker thought the O-Line did a nice job blocking against Idaho. Walker also likes the Gators coaching staff and how they all try to make him feel at home. He’s wanting to try and come back up to visit the University of Florida soon. This was the only Gator game he went to this year, but last year he went to three games. Walker thinks the new staff is doing a much better job.

Hometown boy Anthony Richardson plays for the Eastside Rams, who just finished there season 7-4. He committed to the Gators back on July 28th. Richardson thinks Mullen and his staff have done a great job in their first year at Florida. What makes him think he could fit the Gator offense well is watching Emory Jones play at QB.

Some of the other schools that are still recruiting Richardson are Penn St., Clemson, and Louisville.