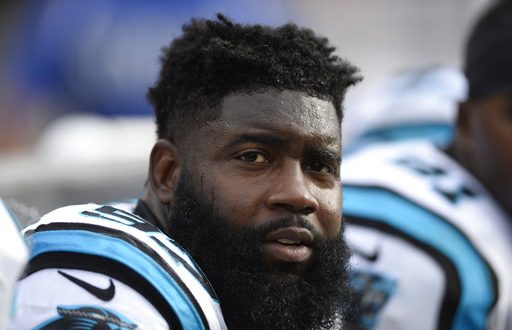 The Carolina Panther’s are still on a search for answers.

Losers of four straight, Ron Rivera’s squad went from 6-2 and in the playoff discussion to the outside-looking-in at 6-6. They perhaps might be closing in on rock bottom. Their fourth consecutive loss came at the hands of division rival Tampa Bay.

Quarterback Cam Newton had one of his worst games since his rookie year throwing four interceptions and posting a QBR of 25.3 that Sunday afternoon.

In a forgettable performance Cam Newton couldn’t remember which interception was which. pic.twitter.com/DEbON8xVqC

What’s Wrong with the Panthers?

They will need to win their last four games to even have a shot at a wild card spot for the playoffs.

“We haven’t won a game in three weeks,” tight end Greg Olson said on Sunday likely referring to the wild card game as well. “Forget about five games. We have to win one.”

Carolina dropped the last three of these four straight defeats by a combined 11 points. They were embarrassed 52-21 in front of a national audience by the Steelers on Thursday Night Football.

People can’t say Newton isn’t pulling his weight. However, he could still be a contributing factor to these losses. He’s completing over 73 percent of his passes for over 275 yards per game and two touchdowns during this skid.

A key stat that stands out is interceptions. After Sunday, that number sits at seven over Newton’s last four games. His picks in all losses this season (9) are closer to his touchdowns (14) when compared to those same categories in Carolina’s wins.

Cam Newton has struggled as time to throw increases during the @Panthers 4-game losing streak. In their Week 13 loss, 3 of 4 INT came when time to throw was 2.50+ seconds. pic.twitter.com/NGRSeeBiac

Newton on his play:

Also, the yardage numbers on the ground haven’t changed much over the losing streak. They are averaging over 120 compared to over 140 before that. But, they’re not punching it in. They only have two rushing touchdowns in the past four games compared to 11 in the first eight.

Two different body parts will prove as challenges for the Panthers to navigate: Newton’s shoulder and Olson’s foot.

Newton was limited in practice Wednesday with more shoulder issues. He had surgery for it in 2017.

Cam Newton on his shoulder: “I’m healthy enough to play and I’m not going to let nothing hold me back.”

In addition, Newton lost one of his favorite targets in Greg Olson during the Tampa Bay game. He left the game after reinjuring his foot. His season is officially over.

Three of Carolina’s last four games were road trips. Week 13 will be no different as they head to Cleveland to take on Baker Mayfield and the Browns.

The expected high for the day is 36. Let’s see if the Panthers can heat back up in the cold.