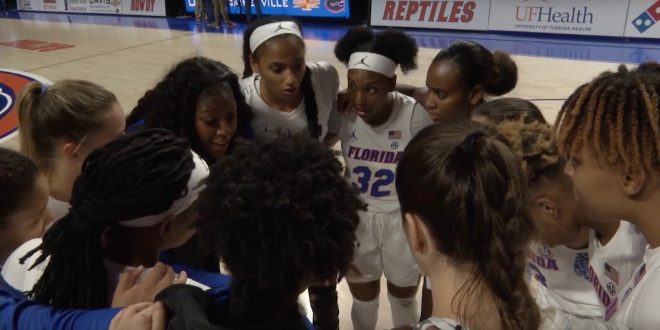 The women Basketball team is coming off a tough loss to Auburn 64-56. The Gators have had a bit of a struggle with starting their SEC play starting 0-2. They look to bounce back and beat this South Carolina team.

Plus, the Gators scored 11 three-pointers against Auburn and couldn’t pull through for the win.

Kiki Smith had a big game the last time out. She put up a season-high and game-high of 15 points. Smith also amounted to an efficient four rebounds and three assists. Following right behind her was senior guard Funda with 11 points and three assists.

The Gators were not able to maintain Auburn in the 3rd quarter. Florida’s defense was not enough, allowing the Tigers to score 23 points after the half-time.

These Two SEC teams met last year in South Carolina, where USC grabbed the win 64-57. It was a very intense scoring game for the Gators. Funda Nakkasoglu posted her fourth 20 point game of the season.

South Carolina is led by head coach Dawn Staley. They’re currently ranked NO. 21 in the AP poll Top 25. They come into this game with a record of 10-4 overall this season, tied with three other teams for number the 1 spot in the SEC.

Furthermore, the leading scorer for the Gamecocks is Te’a Cooper, averaging 12.6 pts, 2.4 REB, and 2.4 REBS per game. The Gamecocks are coming off a 6 game win streak with a postponed game against Duke University. Mikiah Herbert Harrigan rallied in 18pts and 9 rebounds. That helped secure the victory for the Gamecocks against Alabama in their previous game.

The University of South Carolina has won 4 regular SEC championships and a National Championship back in 2017. They look to continue this steam of wins to further prove why they consider themselves ones of the most competitive women’s teams in college basketball.

How to Watch: SECN+

After this road trip concludes for the Gators, they’ll return home to host the Missouri Tigers on Sunday at 3:00 PM.