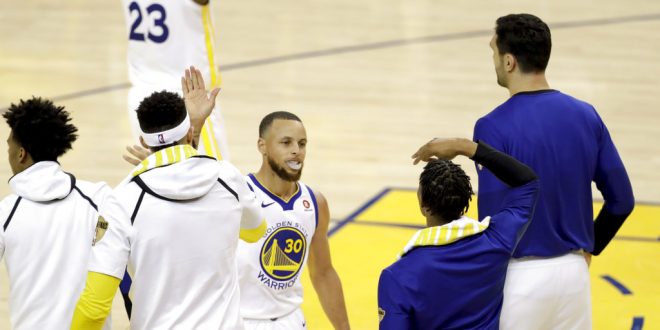 The Golden State Warriors are back in business, winning eleven games in a row. Earlier this season, many wondered if the Dubs had fallen off after a four-game losing streak in November. But, when you’ve got Stephen Curry, Kevin Durant, Klay Thompson, and really the whole roster on your side, there should never be a doubt about winning.

Last night, Golden State topped the Indiana Pacers 132-100. Steph Curry was the star of the show, going for 23 points in the first half and 26 overall.

Maybe the Pacers morale is down after Victor Oladipo’s heartbreaking injury. But, five Warriors scoring in double-digits is not far off from the norm, as of late. Besides Curry, DeMarcus Cousins scored a season-high 22 points, going 7-9 from the field. KD and KT went for 16 apiece, with Durant adding 7 assists. Center Kevon Looney came off the bench and scored 15 points in 18 minutes.

The home team Pacers also had five double-figure scorers. However, that quintet only combined for 67 on the night. For reference, GSW had 69 at the half. Myles Turner led the way for Indiana with 16 points but tied for the lowest +/- of the night at -23.

At the start of the season, reports of team tensions were contributing to the losses. Last night, Curry alluded to those claims, not specifically, but seemed relieved about the team’s recent uptick.

Golden State and Its True Warriors

Steve Kerr is a great coach and has put this team on the map, obviously. But, everyone loves to hate the group of All-Stars playing night after night. In this long winning streak, let’s take a look at the how instead of the why.

They don’t call him “Steph Curry with the shot” for nothing. Last night, Curry’s field goal percentage was .769, missing just three of his 13 shots. But in the other ten games, number 30 made more than half of his shots seven times.

Take this how you want to, but Kevin Durant snapped a 22-game streak scoring over 20 last night. His role may have been more in passenger side against the Pacers, but he’s combined for 274 points in Golden State’s last eleven games.

Also in this timespan, Klay Thompson has had two games scoring over 40 and two more over 30. Those aren’t exactly Harden numbers, but when you consider the fact that Thompson is typically regarded as the third or fourth best guy on the team his stats are pretty impressive.

I’m going to honorably mention DeMarcus Cousins because he’s only been back from injury for five games and he’s made an immediate impact. Against Indiana, he scored 22 points in 25 minutes. However, he was only held below double figures once. Not too shabby for a guy who tore his Achilles exactly a year ago from last night’s game.

In two nights, the Warriors are back in Oracle Arena for three games.

First up, they’ll take on the Philadelphia 76ers on the 31st. Now, the Sixers are a good team, sitting fourth in the East at 32-18. But, number eleven matters just as much as number twelve tomorrow. If Golden State wins, it will be its twelfth straight win and eleventh straight win over Philly. 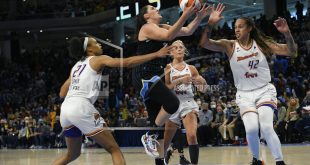