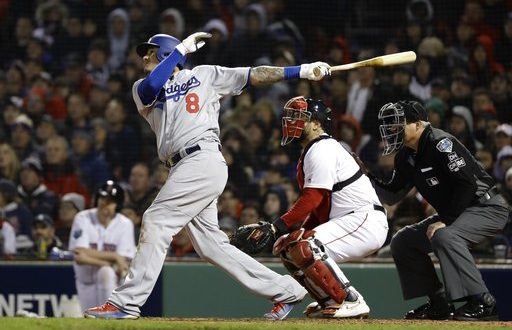 Manny Machado earned himself a nice payday yesterday after signing to the largest free agent contract in American sports history. The San Diego Padres once again are spending a lot during free agency.

Machado’s new contract makes him the second $300 million man in the MLB after Giancarlo Stanton signed an extension at 13 years for $325 million. Hosmer first heard of the news while at the Padres’ spring training facility.

Turning the Padres Around

Machado’s deal is pending a physical and the results will be announced later in the week. Machado is one of the elite right-handed hitters in the game.

With the Baltimore Orioles and Los Angeles Dodgers last season, Machado hit .297 with 37 home runs and 107 RBIs. Machado can instantly make an impact for the Padres. San Diego averaged the third worst runs per game in the league at 3.8. They also lost 96 games last season and haven’t made the playoffs in 13 years which is one of the longest playoff droughts in the league.

Machado was sought after by a few teams throughout the offseason. Machado and free agent Bryce Harper were headlining this year’s free agent class and one of the pillars has fallen.

Now all eyes go to Harper to see where he signs.

With Manny Machado reportedly off the market, is it Bryce Harper's turn? #MLBNow pic.twitter.com/LgAIAp13zo

Impact On Other Free Agents

The signing of Machado and the eventual signing of Harper can change the free agent signing landscape for years to come.

Boston Red Sox right fielder, Mookie Betts, is a free agent after the 2019 season. The 2018 American Leauge MVP will most likely receive the same attention as Harper and Machado. Betts spoke about the free agent signings and transactions so far this offseason. These large contracts for many years will become more common when more top tier free agents hit the market.

There are still a lot of free agents left on the market like starting pitcher Dallas Keuchel and closer Craig Kimbrel. The Machado signing will hopefully start a domino effect and more free agents start to sign with teams as spring training already started.

Previous Gator Swimming and Diving: Both sides enter top half of SEC standings heading into Day 2
Next Tampa Bay Lightning Remain Victorious With Win Over Flyers