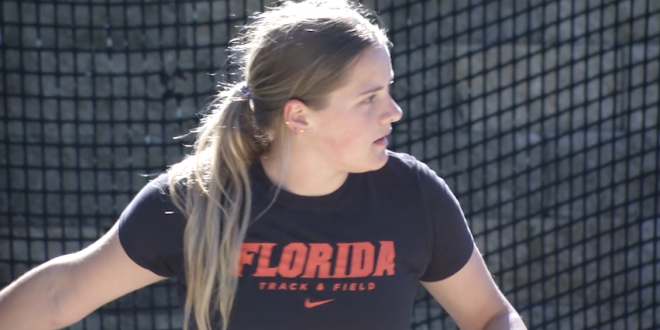 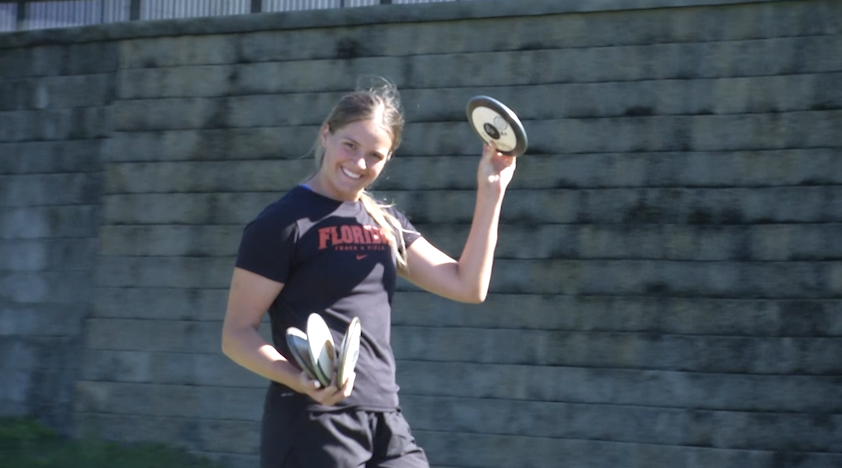 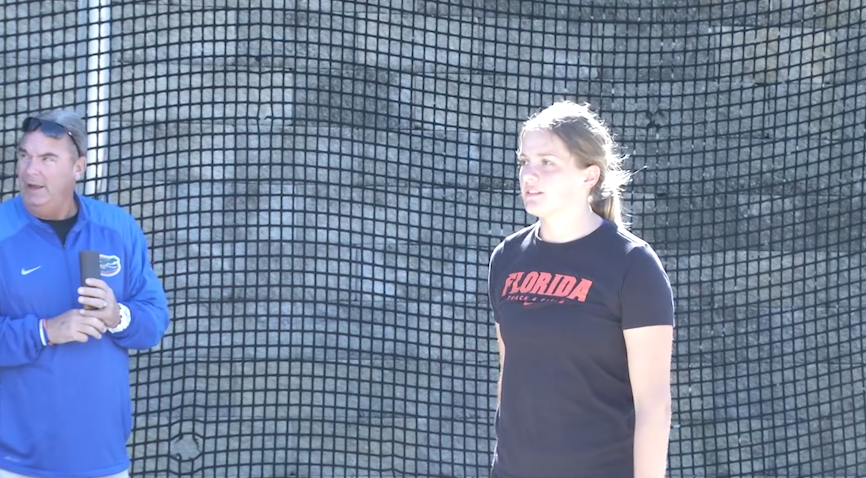 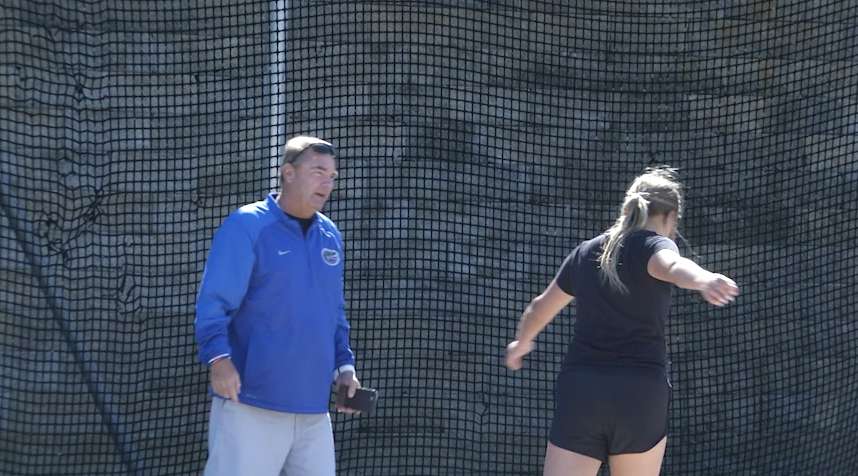 For many freshmen, being on their own in a large, unfamiliar setting at college can be intimidating. Starting the college experience was just a small speedbump for Kristina Moore. The Australian freshman had to deal with moving thousands of miles away from home to a new country, balance commitments to the Gator women’s basketball team and to track and field, as well as recover from a broken arm. Through it all, Moore has a smile on her face and a determination to conquer any and all challenges that are thrown her way.

When she was five years old growing up in Sydney, Australia, Moore fell in love with track and field. She was introduced to the sport through the Little Athletics program in Australia. Through this program, every Saturday morning, she would take part in different track and field events such as long jump and shock put with others in her age group.

“Being a really active kid, I’m a person that loves variety and change so I think that’s what really stuck with me,” Moore said about what drew her to track and field at a young age. Eventually, she noticed her talent as discs so she gravitated to that and made that event her focus.

When she was about 11 years old, a basketball coach in Little Athletics approached her. Because of her above average height for her age, the coach thought basketball would be something Moore was interested in. When she stepped on the floor, one of the first things she appreciated about the sport was the team atmosphere.

She would make a name for herself in both sports. On the court, she was ranked as the sixth-best international prospect in 2018 by ProspectNation.com.

Moore was initially recruited for basketball by Florida, but once track and field heard she was interested in doing both, they jumped in the recruiting process.

9,308 miles. That’s how far Moore’s home of Sydney, Australia is from Gainesville, FL. Being so far from home hasn’t been a huge hurdle for Moore.

She talks about what the adjustment has been moving away from home.

Moore even has a little bit of home with her on the track and field team.

Florida associate head coach/throws coach Steve Lemke lived in Australia for a while. This created an initial bond between coach and player.

One of the biggest challenges for any dual-sport athlete at any level is achieving a balance between the two sports. With basketball and track and field overlapping for Moore, the challenge is even greater. In all of his years of coaching, Lemke hasn’t coached an athlete with a basketball background.

He says the biggest positive from Moore’s basketball background that translates is her endurance.

Time management is one of the biggest skills a dual-sport athlete must have in order to attain success. Lemke believes Moore has this skill mastered during her first year at Florida.

Moore agrees with her coach on how she attained a balance between the two sports.

When I spoke with Coach Lemke, he elaborated on her development and how she has progressed during her freshman year.

Through 20 games of her freshman season for the Gator women’s basketball team, she was a constant presence in the starting lineup. She averaged 4.9 points and 2.3 rebounds in her 20 starts. Then, in Florida’s 83-73 loss to Arkansas on Jan. 27, Moore broke her left arm.

Kristina Moore goes down as the buzzer sounds for the end of the first. It’s not clear what her injury is. #Gators

#Gators Kristina Moore is on the bench with a sling over her left arm.

It’s unknown what her injury is exactly at this time. pic.twitter.com/m9t5k4AoSc

The injury would sideline her for four months, which meant her season for basketball would be over. Fortunately for Moore, the injury wasn’t suffered on her right arm, which is her dominant and throwing arm.

As she recovered from the injury, Moore displayed a mental toughness that made her “big sister” and teammate Amara Wiggan proud.

Moore said she just wanted to make the best of a bad situation.

Through all she’s been through during her freshman year, Moore has grown a lot. As she looks back, she discusses how she has grown.

With up to three years left of her college career, her goal is to leave a lasting legacy at the University of Florida.

Moore wants to be remembered as someone who was always there.