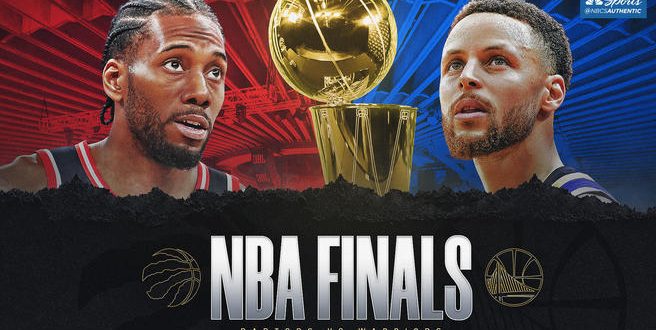 The NBA Finals have arrived and the Toronto Raptors will host the Golden State Warriors for the first two games.

Y'all ready for this?

The Golden State Warriors defeated the Rockets in six games in order to move on to the Western Conference Finals. They faced the Trail Blazers who had defeated the Denver Nuggets before playing against the Warriors.

Golden State later defeated the Blazers in four games and earned the title of the Western Conference Champions. The Warriors currently have an overall record of 57-25 with a conference record of 35-17.

"We don't take anything for granted. Every single night, especially once you get to the Playoffs, there's a hunger about us."#NBAPlayoffs | #StrengthInNumbers pic.twitter.com/aGYbB45eFy

The Raptors later clinched the Eastern Conference Champions title after defeating the Bucks in Game 6. The Raptors ended their season with a 58-24 overall record and a 36-16 conference record.

With Durant out of Game 1, Leonard has a chance to step up on the defensive end by shadowing Klay Thompson. Leonard is also a candidate for the NBA Finals Most Valuable Player title.

Getting ready for the finals

With the finals starting Thursday at 8 pm, both teams talk about their preparations and their mindset leading towards game 1. Golden State Warriors’ head coach Steve Kerr talks about the excitement that he feels about traveling all the way to Toronto to play against the Raptors.

Stephen Curry also addresses questions regarding his face-off with Kawhi Leonard. He mentions that he is a tough competitor and their best is to make it difficult for him on the defense.

As for the Raptors, Leonard talks about their strategies on how to slow down the Warriors. He also talks about how he and his team have to be able to concentrate on nothing else other than winning the finals.

The Raptors’ head coach, Nick Nurse mentioned that their positive mindset is what helped the Raptors earn a spot in the Finals.

Camila is a senior at the University of Florida studying Telecommunications with a specialization in production and a minor in Innovation. She is also seeking a Sports Management certificate. Camila is also WUFT's news director as well as a sports reporter/anchor.
@CamilaMaffuz
Previous Blues Outlast Bruins during OT in Game 2 of Stanley Cup Final
Next Dallas Baptist Patriots Ahead of NCAA Baseball Regional