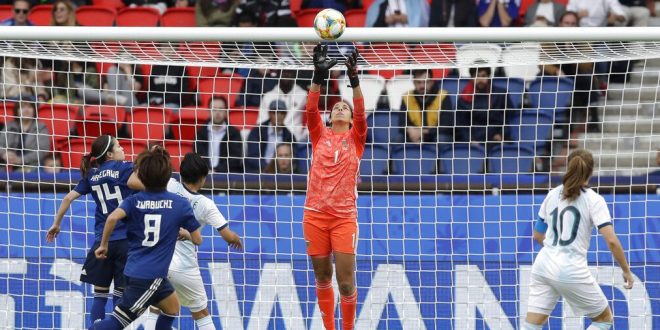 Having played in two World Cups in their history, where they lost all six of their games, Argentina wasn’t expected to do anything different in France.

Las Albicelestes were drawn into a group with some of the tournament’s favorites in England and Japan. The other team, Scotland, sat 17 places higher than them in the FIFA rankings. For the neutral viewer, it sounded like a recipe for disaster. For the Argentina women, it sounded like a chance to make history.

In their first match of the 2019 Women’s World Cup, Argentina had a tough task ahead of them. They faced the 2011 World Champions and 2015 runners-up: Japan.

While Japan are very much in a rebuilding period of their national team, with many of their veterans no longer on the team, the Samurai Blue were still expected to get all three points.

However, that did not happen.

Here’s how either side lined up at the beginning of the game:

The first half of play was a forgettable one. Japan was the only team to attempt any shots, and both attempts went off target. Japan controlled the ball for the majority of the half, but Argentina’s defense stood sternly and denied any clear opportunities from materializing.

Second Half – Argentina Hold On

The first attempt on target came in the 50th minute from Japan, but it didn’t trouble Vanina Correa in goal.

At this point in the game, Japan dominated even more of the possession, and Argentina looked trapped in their half of the pitch. It was only until the 65th minute that Argentina were able to counter and get into a dangerous position in the Japanese 18-yard box.

65’: I’m fairly certain #Arg just got into the #Jpn box for the first time in the second half.

Japan have dominated. However, the only stat that matters so far: 0-0 #FIFAWWC #ARGJPN

The rest of the game flowed in a similar manner: Japan relentlessly pushed forward attempting to combine for an opportunity. When Argentina won the ball, they either cleared it to safety or looked for Estefania Banini or Sole Jaimes for an out ball.

After 94 minutes of tireless, brave, structured defending, Argentina earned their first-ever point in a World Cup game via a 0-0 draw.

Now, who knows what they could accomplish? Perhaps they’ll go on to win one of their next two games against England or Scotland. We’ll just have to wait to see what happens.

Here are the remaining fixtures for Group D: 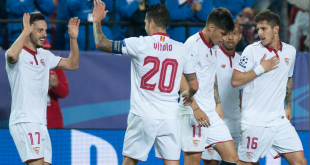