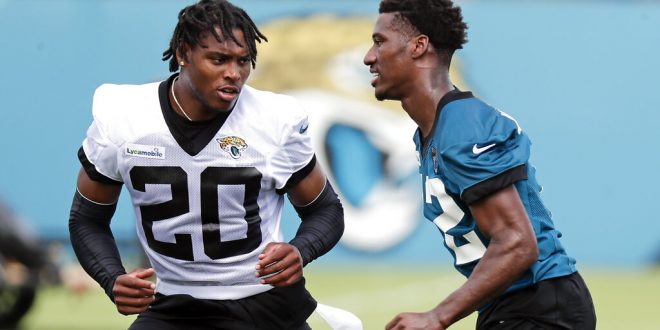 Jaguars’ cornerback Jalen Ramsey was back on the field for the team’s mandatory minicamps this week in Jacksonville. After playing out the third year of his rookie contract, Ramsey was hoping to get a contract extension this offseason.

It looks like that won’t be happening. Ramsey told reporters at the minicamp on Tuesday that the Jaguars will not be offering him a contract extension this year.

Ramsey compared his contract situation to defensive end Yannick Ngakoue, who is holding out because he has not secured a long-term contract. Ngakoue signed a four-year, $3,480,587 contract in 2014 according to Spotrac.com. The Jaguars currently have about $9.1 million in salary cap space, per the NFLPA. They probably won’t have enough money available to sign both Ramsey and Ngakoue to extensions this year without making some changes.

Ramsey, who fought through injuries and did not miss a game, feels that he outplayed his rookie contract and deserves an extension. Yet, he doesn’t seem to have any hard feelings.

Ramsey has been very vocal on social media about not being paid enough. In this tweet, he quotes former NFL corner back Deion Sanders.

Ramsey has been a foundational piece of the Jaguar defense. Despite the Jaguars’ dismissal record of 5-11 in 2018, his numbers were solid. Ramsey was selected as a Pro Bowl starter at cornerback for the second consecutive year last season. He had 65 tackles, 13 pass breakups and three interceptions last season. Ramsey has nine interceptions and 44 career passes defensed in his three seasons with the Jags.

Mandatory minicamps continue this week in Jacksonville, where Ramsey will work to further prove himself on the field.