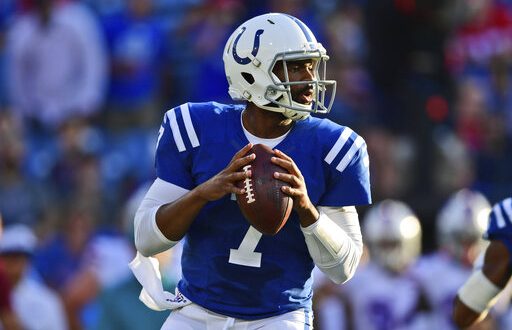 Andrew Luck, the 29-year-old Quarterback for the Indianapolis Colts, announced his retirement during the NFL preseason. He had a successful run with the colts, as he led them to the playoffs four times. His sporadic injuries started hindering his on-field performance. He was limited to just 7 games in 2015, and 15 in 2016. He sat out the entirety of the 2017 season with a shoulder injury.

After battling injury after injury, the word is that #Colts QB Andrew Luck was simply too worn down to continue. And so he abruptly retires at age 29. Jacoby Brissett is the new QB of the Colts.

With Luck retiring, former Gator Jacoby Brissett is taking the reigns as the starting Quarterback, following the announcement. He started his career as the Florida Gator Quarterback during the 2011 and 12 seasons. In his freshman year, Brissett played in eight games but attempted just 39 passes. Brissett’s sophomore year saw him play in just five games and attempt only 35 passes. He later transferred to North Carolina State University where he finished out his college football career.

Time as a Pro

Brissett was drafted by the New England Patriots as the 91st pick in round three in 2016. He served as a starter until a thumb injury put him on inactive standing. He was traded to the Colts and acted as Luck’s backup until the announcement broke for the upcoming season. In the 2017 season, Brissett started 15 games for the Colts. He completed 58.8% of his passes and threw for 3098 yards. Brissett tacked on 13 touchdowns and 7 interceptions in his sole season as an NFL starter.

Reaction to the News

Indianapolis head coach Frank Reich explains that luck didn’t let the team down, but instead did the right thing for himself.

Brissett also agrees that it was the right thing for Luck. He explained that though it was a shocking situation full of emotion from both parties, as his teammate and friend he supports him fully.

The Colts’ first game of the regular season is against the Los Angeles Chargers on September 8th.

Sara Dastgerdi is a current student at the University of Florida.
Previous Dolphins Still Have No Starting QB
Next All Eyes on Trevor Lawrence and Defending Champion Clemson