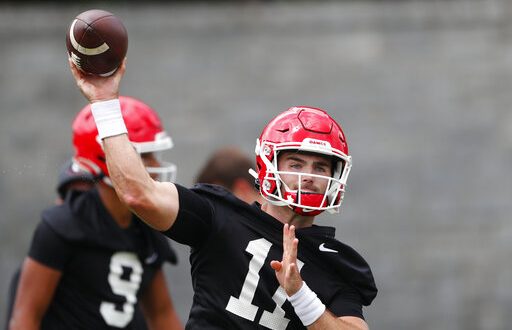 Vanderbilt begins the college football season with a grueling task ahead.

The Commodores will host a rare SEC conference game in Week 1 when No. 3 Georgia comes to Nashville on Saturday night. Because of recent events, it seems like the match should garner even more national attention than initially thought.

The Dawgs and Commodores were originally scheduled to play on SEC Network.  However, due to Hurricane Dorian and the impromptu move-up of Florida State’s opener against Boise State, the inner-conference clash will take place in primetime on ESPN.

Last season, Georgia finished the season in disheartening fashion after falling to Alabama and Texas to close out the season. The team returns junior quarterback Jake Fromm under center to begin its third consecutive College Football Playoff campaign. The Bulldogs are led by incumbent running back D’Andre Swift and one of the most dominant offensive lines in the country. Coach Kirby Smart’s team is excited for such a unique opening week game to kick off its season.

Smart says he’s excited to see potential one-on-one matchups for his receivers. In particular, lining up against Vanderbilt’s new defensive back core of DC Williams and Cam Watkins. Williams enters the Commodores as a junior coming off a transfer from Independence Community College. He originally began his career at Wisconsin. Watkins, on the other hand, is a 6-foot grad-transfer from Illinois and is sure to make an immediate impact as a starting corner.

Though Georgia returns many playmakers on both sides of the ball, the same can be said of the Commodores. Vanderbilt brings back arguably one of the most efficient offensive trios in the SEC last season in running back Ke’Shawn Vaughn, tight end Jared Pinkney and wide receiver Kalija Lipscomb. One of the worries of playing such a difficult opponent in the opening week of a season is not knowing what to expect from your opponent. Smart knows coach Derek Mason can do just that, especially with talent like Vaughn and Lipscomb ready to wreak havoc in the open field.

Mike White and the No. 14 Florida Gators Basketball Team drop their first game of …