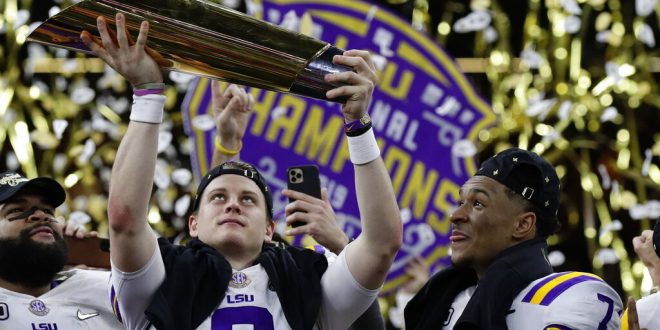 Its been one heck of a season for Joe Burrow and the LSU Tigers, winning the National Championship title and having and undefeated season, 15-0.

Burrow, who was a transfer from Ohio State where he redshirted as a freshman, took held true to his ultimatum and transferred to LSU in the spring of 2018. This decision is the best decision the Ohian has made in so far in his collegiate, soon to be a professional, career. Since then, Burrow has not looked back making him one of the most outstanding players in college football. The accolades he collected in this last season as the starting QB for the Tigers will be hard replicate in history to come.

Burrow made a name for himself after his time at Ohio State climbing to the top of the mountain by Leading LSU to its fourth NCAA National Championship. Not only leading the team but by having one of the best-ever performances in College Football history. Burrow has had one of the most phenomenal seasons at the quarterback position by not only leading his team to National Title, but they did so by exposing Oklahoma, by winning an SEC Championship and by being crowned Heisman.

Burrow ended the night throwing six touchdown passes and no interceptions. He made history by throwing for over 350 yards in three consecutive games, breaking LSU’s single-season passing touchdown record during a national championship game (463), total touchdowns in a national title game and the list goes on. Lets also not forget him throwing 7 touchdowns passes against Oklahoma in the first half, making that one of the most dominant season-long performances ever.

Burrow’s performance yesterday marked his 60th touchdown pass for the season averaging four TDs per game and being the first quarterback to lead the country in terms of accuracy.

Whats Next For Burrow

Burrow will most likely be the No.1 draftee and head over to the Cincinnati Bengals.

Previous Busy offseason ahead for the Vikings
Next Gators Men’s Basketball Bounce Back, Defeat Ole Miss 71-55 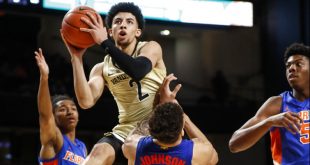