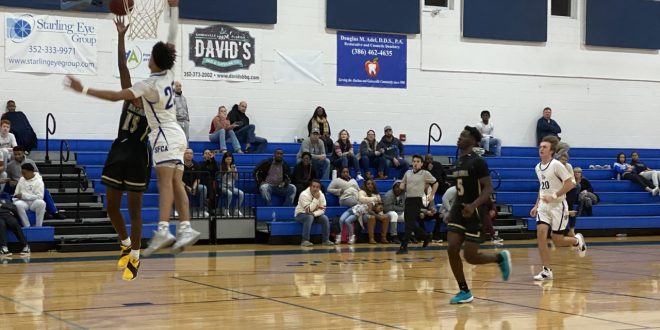 Off to a Slow Start

During the first quarter, both teams were playing a pretty even game. It wasn’t until the second quarter that Wolves player Omar Brown gave his team some momentum with a score to go up 26-24. This left the Celtics trailing behind 37-31 at the end of the second quarter. Miguel Yepez put up 10 points in the second quarter to lead the Wolves in the right direction.

Big run to start the quarter for the Wolves, and this fast break bucket from Omar Brown gives them a 26-24 lead with six minutes to go in the half @ESPNGainesville @sfcawolves pic.twitter.com/SefZ0rJwp3

Highlight of the third quarter: Nathaniel Duran hits a three from the top of the key to put the Wolves up double digits @ESPNGainesville pic.twitter.com/bfCPkACtWe

By the fourth quarter, Trinity Catholic tried their best to catch up but fell short when the Wolves took the victory 68-55. 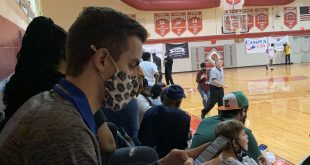