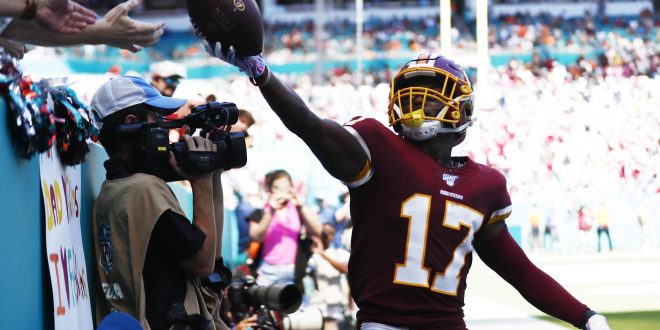 Washington Redskins wide receiver Terry McLaurin (17) gives away the football after scoring a touchdown, during the first half at an NFL football game against the Miami Dolphins, Sunday, Oct. 13, 2019, in Miami Gardens, Fla. (AP Photo/Brynn Anderson)

Ron Rivera Takes Over as Head Coach for the Redskins

On January 1, the Redskins announced a change in leadership. Ron Rivera is Washington’s new head coach after his time with the Carolina Panthers.

Ron Rivera became an All-American linebacker during his time playing college ball at the University of California, Berkeley. He then went second round in the 1984 NFL Draft to the Chicago Bears. He played on the team for nine years before retiring. However, this was not before the team won Superbowl XX against the Patriots.

Rivera was named NFL Coach of the Year by the Associated Press in 2013 and 2015. A year later, he took the Carolina Panthers to the Super Bowl in 2016. During his coaching career thus far, he has held positions with the Bears, Eagles, Chargers and Panthers. From 1997 to 1998 he stood as the Defensive Quality Control for the Bears. Then coaching linebackers with the Eagles for five years. After which he went back to the Bears to serve as the defensive coordinator for three years. He began his coaching career with the Chargers as a linebacker coach. Then, he took the position of defensive coordinator after only a year. After only three years as defensive coordinator, Rivera became head coach for the Panthers until he was fired before the season ended.

People expect Rivera to push for a more defense-oriented approach for the Redskins. According to redskins.com, Rivera will be the Redskins’ first defensive-minded head coach since 2001 when Marty Schottenheimer led the franchise to an 8-8 record in his lone season. Richie Petitbon also had a defensive background, but he too lasted just one year (1993). This all stems from not only his coaching experience on the defensive end but also from a player’s end.

Rivera says the goal for his new team is to return to the Super Bowl.

Soon after the announcement of Rivera’s appointment, the Panthers announced Matt Rhule would take over as head coach. The Panthers and Redskins were only two of five head-coach-vacancies that needed to be filled after the 2019 season. All five spots are filled.

Rylee is a second year Journalism major with a specialization in Sports and Media at the University of Florida College of Journalism and Communications.
Previous Andy Reid Gets His Time
Next Dusty Baker is the New Manager for the Houston Astros 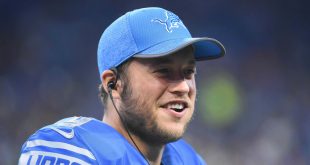 Will Indianapolis go with Matthew Stafford?

The Indianapolis Colts are in a great position. They boast one of the league’s best …