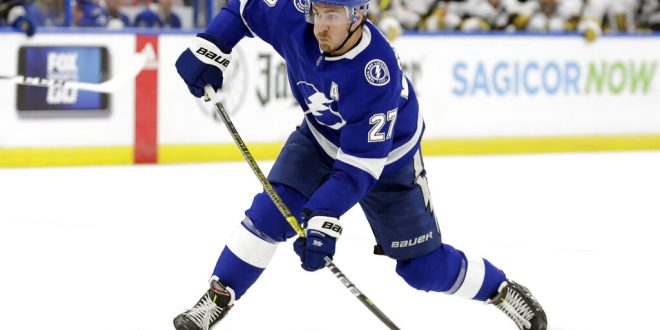 It has been a long 10 months since Tampa was the No. 1 seed before getting crushed in a first-round sweep to Columbus. The Lightning had one of the best regular seasons and was the first team to get swept as a one seed in NHL history.

After Tampa Bay’s 3-1 win over the Islanders on Saturday, Victor Hedman and Anthony Cirelli said this was “another game.”

“These guys kicked us out of the playoffs, so there’s a little bit of extra motivation there,” Point said, “but for the most part, we have to focus on our game (not the opponent).”

Andrei Vasilevskiy stopped the Islanders to 17 of 18 shots in their 3-1 victory. It’s his fifth straight victory and hasn’t lost since Dec. 14. Vasilevskiy is 29-9-3 on the season with a .918 save percentage and 2.48 goals-against average.

He was also named the NHL’s Third Star of the week.

Since the two last played in April, much has changed.

Columbus lost three big players to free agency in the off-season: Artemi Panarin to the Rangers, Matt Duchene to the Predators and Sergei Bobrovsky to the Panthers.

The Jackets have scored only four goals in their last three games. Over the weekend, they shut out the Red Wings but fell in the third period to the Avalanche.

Prospect Liam Foundy was called up Sunday night via emergency recall from his junior team. He has 20 goals and 23 assists in 32 games with the London Knight of the OHL.

Cam Atkinson left in the third period with an apparent leg injury and his status is uncertain.

Tampa has won its last six games but will be playing without Steven Stamkos with a lower-body injury. His 10-point streak of scoring will come to an end. Ondrej Palat and Alex Killorn are expected to substitute Stamkos.

Injury update: #TBLightning captain Steven Stamkos is listed as day-to-day with a lower-body injury and will be out of tonight’s game in Columbus. #TBLvsCBJ