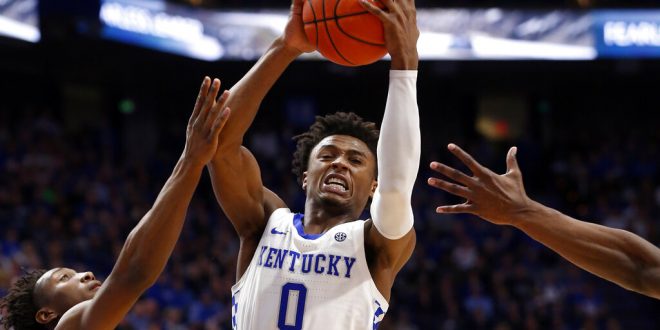 Kentucky and Vanderbilt Hoops Tip Off

The battle of the SEC continues where the Kentucky Wildcats go on the road to battle the Vanderbilt Commodores. The Wildcats are ranked No. 12 in the nation while the Commodores continue to struggle. Kentucky is tied for first in the SEC standings with an 8-2 record in conference play with Auburn and LSU, while Vanderbilt is 1-9. The Commodores look to end their seven-game losing streak against the Wildcats, last beating them in 2016. The last battle between the two teams was on January 29th, where the Wildcats won 71-62

The Wildcats ended second overall in the 2019 recruiting class, finishing first in the SEC. With the addition of Tyrese Maxey, the highest-ranked freshman in their 2019 class, they have a pure scorer to help that Wildcat offense. Sophomore Immanuel Quickley is currently their strongest scorer, shooting nearly 15 points per game. Quickley is shooting 40% from the field, and over 90% from the free-throw line.

Rebounding for the Wildcats will be a big help if they want to win this game. Kentucky currently grabs an average of 37 rebounds a game, compared to Vanderbilt’s 32.

Vanderbilt has had a rough time against the Wildcats recently. The defensive side of the court will be the main reason why Vanderbilt wins this game. Vanderbilt average seven steals a game, while the Wildcats average nearly 13 turnovers a game. If the Commodores could pressure the Wildcats and make them turn over the ball, they definitely have a good chance to win the game.

Junior guard Saben Lee will need to have a monster night for this game. Lee nearly averages 17 points a game while shooting 49% from the field. Lee has scored over 20 points in his last two games against ranked opponents, including a 33 point game against LSU.

Saben Lee led the Commodores with 20 points, his seventh game with 20 or more points this season.#StackhouseEra | #AnchorDown pic.twitter.com/HXNTR5M46p

With about a month left in the regular season, both teams look to get a much-needed win. The game will tip-off at 7 p.m. and can be watched on ESPN.