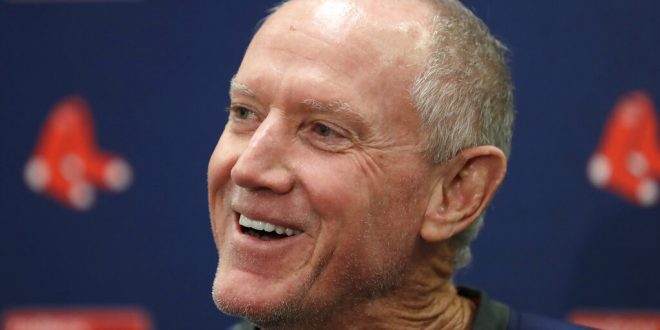 The Boston Red Sox hope to turn the page with a fresh start in the new year with Spring training beginning for the 2020 season.

The Red Sox were one of many teams affected by the Houston Astros’ sign-stealing scandal coming forward. With the roster and manager changing as a result of the 2017 scandal, the new-look Red Sox are looking ahead to the 2020 season.

Despite being American League opponents, the 2017 ALDS was the first postseason meeting between the Astros and Red Sox. Houston won the series 4-1 and went on to win the 2017 World Series.

For that reason, the Red Sox ended their season for the second consecutive year in the divisional round and the tenure for then-manager John Farrell.

Due to inconsistent results from Alex Cora, bench coach Ron Roenicke became the interim manager for the 2020 season.

Key players from Boston’s 2018 World Series-winning season were also moved prior to Spring training. David Price and Mookie Betts were traded to the Los Angeles Dodgers.

BREAKING: The Los Angeles Dodgers have agreed to a deal with the Boston Red Sox that would send star outfielder Mookie Betts and starter David Price to the Dodgers, sources familiar with the deal tell ESPN. Deal is pending medical reviews.

Outfielder Alex Verdugo, shortstop Jeter Downs and catcher Connor Wong were sent in the other direction.

The sign-stealing investigation has shifted to Boston, but center fielder Jackie Brown Jr. believes that the Red Sox have nothing to hide:

Similarly, Outfielder Andrew Benintendi shares the same sentiment and is not worrying about what the report will say:

Instead, Benintendi wants to get back to only worrying about baseball with Spring training returning:

The Red Sox are training for the upcoming season at Fenway South Park. The Sox’s training facility is in sunny Fort Myers, Florida.

The start of the Spring schedule includes: