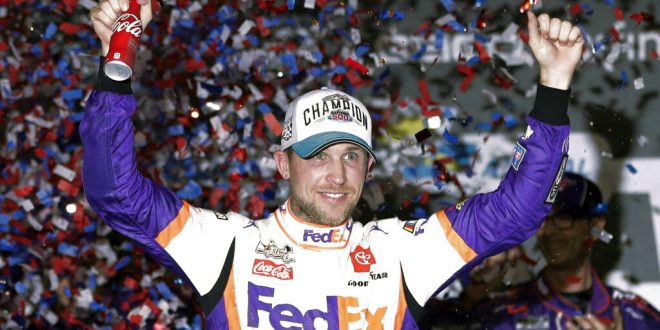 NASCAR driver Ryan Newman was involved in a crash that sent his car airborne during the Daytona 500 on Monday.

He is currently being treated at Halifax Hospital after safety crews took several minute to extract him from a car full of sparks and even fire.

After leading the final lap of the race, Newman’s Ford Mustang was tapped by Ryan Blamey, where his car then proceeded to go airborne and flip several times. Silence fell over Daytona immediately following the incident.

“Ryan Newman is being treated at Halifax Medical Center. He is in serious condition, but doctors have indicated his injuries are not life threatening.
We appreciate your thoughts and prayers and ask that you respect the privacy of Ryan and his family during this time.
We appreciate your patience and cooperation and we will provide more information as it becomes available.”

Denny Hamlin then went on to win the race, his third Daytona 500 victory in five years and second consecutive. Hamlin beat Blaney by 0.014 seconds – the second smallest margin of victory in the event’s history.

Hamlin is also the first consecutive winner of the 500 since Sterling Marlin in 1994 and 1995.