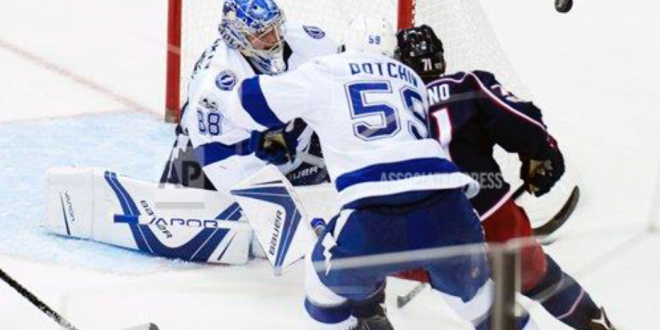 The Tampa Bay Lightning are on fire this season with 11 straight wins. They beat the franchise record last night with the game against the Colorado Avalanche (4-3) on Monday.

Last year, the Boston Bruins broke the record with 10 straight wins. The Tampa Bay Lightning is only the second team to ever record a double-digit winning streak.

Nikita Kucherov had sent the Lightning into overtime after stealing the puck. Within only 3:03, Kucherov scores and wins the intense game.

Curtis McElhinney, Lightning’s goalkeeper had a stellar game. He was the backbone. stopping 24 shot attempts. Midway through the third period, he was plowed by J.T Compher. He laid there, not moving for a moment. Despite this scary moment, Compher stayed in the game. The Lightning did not like that whatsoever and a brawl had begun.

Things got a little heated towards the end of the game. Tampa Bay’s Ondrej Palat, took a huge hit from Nathan Mackinnon and emotions were flying. Many fans say it was a clean hit while others disagree.

The New Jersey Devils traded third-round selection Blake Coleman to the Tampa Bay Lightning for first-round pick, 19-year-old Nolan Foote. This trade for the Lightning is just adding extra talent to the already stacked lineup. The Lightning are in a win-now mode while Nolan would have taken a couple of years to develop into his full potential.

Coleman is on his way to breaking his career-high in goals, points, and assists. Being a defensive forward, he can be placed in any situation and is the type of player you win with when it comes to playoffs.

The Tampa Bay Lightning’s next game is Thursday, against the Golden Knights at 10 p.m. in Las Vegas. They are looking to continue their record with 12-straight wins to break continuous records. 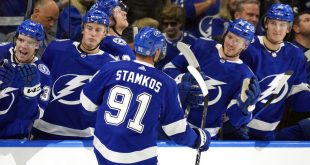