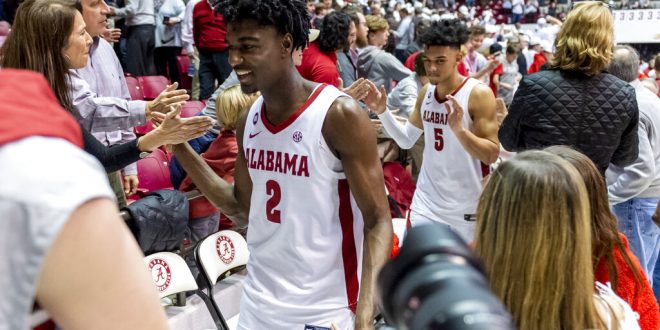 The Ole Miss Rebels and the Missouri Tigers meet tonight in an action-packed SEC matchup. Both teams are looking to make a stand in tonight’s game, with each tied for 10th in the conference.

Ole Miss and Mizzou share a similar situation. The road has not been kind to either of these teams with Ole Miss, and the Tigers losing seven out of eight of their away games. A recent 3-win streak helped push the Rebels out of a 1-8 stretch. That was before falling to Kentucky last Saturday.

For Mizzou, the last few games have been like a rollercoaster. Every win was met with a loss. Leading the Tigers is Junior guard Dru Smith, dialing in 12.3 points, 4 rebounds and 4 assists per game. Following him is his brother, junior forward Mitchell Smith, leading the team’s rebounds at 4.9 per game.

Ole Miss and Missouri have been slowly finding their rhythm in recent games. The Tigers’ astounding upset of the then No.11 Auburn on their homecourt has helped give the team momentum going into their next game. Ole Miss coach Kermit Davis has shown gusto and led the Rebels to pull off some impressive conference wins against difficult opponents like Mississippi State and Florida.

Missouri and Ole Miss enter tonight’s game ready to blow. Whatever happens after tonight will be a good indication of what’s to come in the looming SEC Tournament. As of right now, both teams straddle a .500 record, and both have everything to gain by winning tonight’s matchup.

The Missouri Tigers host the Ole Miss Rebels tonight in a heated SEC matchup. Tipoff for tonight’s game is scheduled for 8:30.