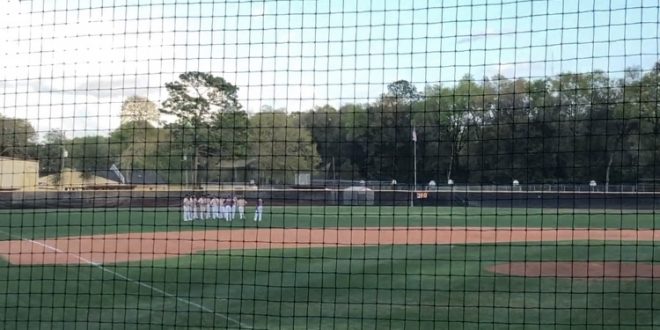 Oak Hall’s baseball team fell four runs short in a game that was filled with sloppy fielding and that had lots of balls put into play. The Eagles fall to 1-4 on the season with the loss while the Bulldogs improved to 2-5, ending a three game losing streak.

The first inning started in a defensive stalemate. Oak Hall got on the board first as senior center fielder Collin Ponton put runners in scoring position on a bunt double in the bottom of the second. Emory Easel brought in the run.

Freshman right handed pitcher Johnny Scott brought the Bell offense to life getting the first of four straight hits that would put the Bulldogs up 2 to 1 at the end of the third inning. He would continue his hot performance on the mound as well.

Scott would duplicate the effort in the fourth inning as he got on base with a line-drive double with two outs. Bell would go on a tear, scoring five runs on the next four hits to put the Bulldogs up 7 to 1.

Oak Hall would take out starting pitcher Andrew Pickens with the bases loaded as reliever Mason McElroy would end the inning and stop the bleeding.

The Eagles would come back with steady pitching from Ricky Bernardo and a three run bottom of the fifth to close the gap to 9 to 5.  However, Bell righty Hunter Langford would close the bottom of the seventh for Bell with two strikeouts to put the game away.

Freshman Johnny Scott led the way for the Bulldogs both on the mound and on the plate. He finished with 5 strikeouts while allowing two hits and two runs.  Oak Hall senior outfielder Colin Ponton’s stellar fielding and RBI were not enough to overcome Bell’s fifth inning surge.