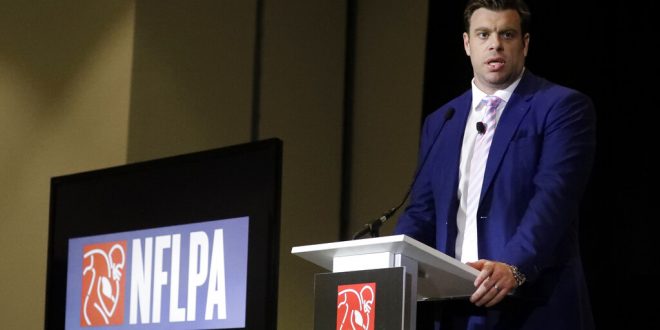 At a time when the world is in a sports drought, the NFL is keeping things afloat. The NFL players and the NFLPA came to terms on a new CBA. The vote was close: ESPN’s Adam Schefter reports only 51.5 percent of voters said yes.

What is the CBA?

Short for Collective Bargaining Agreement, the CBA establishes drug testing protocol, the league’s salary cap, benefits for retired players, and much more. Looming television deals pushed a new agreement into existence, despite another year before the old CBA’s expiration date. The new CBA will govern the league until 2030, and its terms alter the landscape of the NFL as we know it.

The most drastic changes involve the landscape of the season and finances. As a result of the new CBA, the playoff field will now feature 14 teams instead of 12— each conference will have another representative. Additionally, the season will likely expand from 16 regular season games to 17. That change is likely to occur between 2021 and 2023, but most foresee the 2022 season as the starting point for the regular season expansion.

The new deal significantly impacts the players. Though it brings hardships, (many opposed to the added regular season game because of wear and tear on their bodies) there are benefits too– mostly financial. Additional playoff games mean additional revenue. It’s estimated that adding two teams to the postseason picture will bring in an extra $150 million, and players will keep 47% of that. That’s an added $70.5 million in the players’ pockets, which wouldn’t have been there without the new CBA agreement.

Other notable changes include an expanded roster and a new drug policy.

What you need to know about the new NFL CBA: Biggest changes and what's new: https://t.co/025yystPKf

What Do They Think?

Reaction to news of the ratification was swift and by no means uniform. Some players were openly against it, others respected the authority of the agreement, and then there were those in disbelief that there were players who didn’t vote at all:

Leading up to the vote and now after, there have been a wide array of opinions on the league’s new CBA. But whether players agree, disagree, or are indifferent no longer matters. A new CBA means the NFL is operating under a new set of rules. Only time will show its effectiveness.