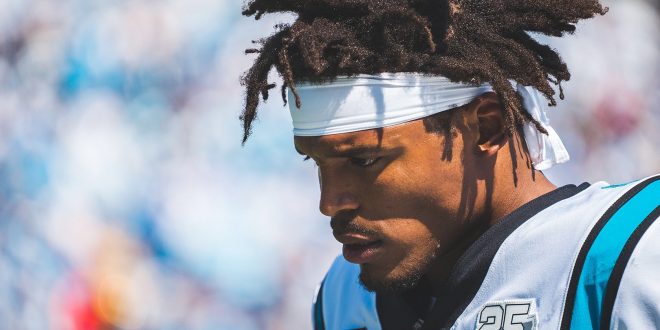 Cam Newton and the Carolina Panthers decide to part ways

Cam Newton and The Carolina Panthers have agreed that it is time for the two to part ways. The organization put out a press release stating that they give Newton permission to seek trade.

Breaking: The Panthers have given Cam Newton permission to seek a trade, the team has announced. pic.twitter.com/lwin4fYbaz

Newton played college football for the Florida Gators and finished at Auburn being one of the top quarterbacks in his class. At the end of his collegiate career, he was drafted by the Carolina Panthers in 2011. Newton was the Panthers first overall pick in the NFL draft and spent nine years of his career with franchise.

The organization expressed their thoughts with their nine-year vet on Tuesday. General manger, Marty Hurney met with Newton and his team to figure out his future expressing possibility’s for the quarterback apart from resigning with the franchise.

The Panthers gave the QB permission to seek trade, but Newton had a response for the organization stating that they forced him to take matters apart from them saying he never asked for a trade.

“Stop with the word play. I never asked for it,” he commented. “There is no dodging this one. I love the Panthers to death and will always love you guys. Please do not try and play me or manipulate the narrative and act like I wanted this. You forced me into this. Love”

The Panthers look to sign Teddy Bridgwater to a three-year, $63 million deal as a replacement. The contract is not set on stone, but they are working to get Bridgwater to be the Panthers new starting quarterback in the 2020 season. The Panthers are under new head coaching staff Matt Rhule who recently coached at Baylor.

Newton has had great achievements with the Panthers making the Pro Bowl three times and was the NFL MVP in 2015. He also led the Panthers to a Super Bowl appearance in 2016 where they lost to the Denver Broncos 10-24.