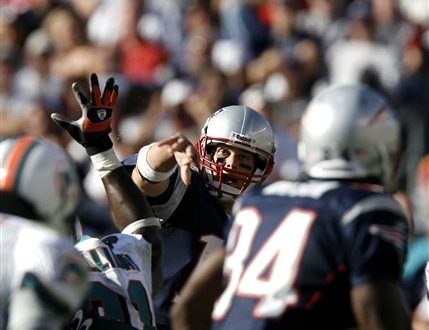 NFL fans weren’t the only people to speak up about Tom Brady’s decision to leave the New England Patriots.

Watson on the Decision

Watson said that he knew the decision for Brady to leave the Patriots was tough, but he was happy that he did what was best for him and his family.

According to the tight end, the move doesn’t mean that Patriots head coach Bill Belichick and Brady’s relationship is ending.

Brady played on the Patriots for 20 seasons, tying for the second longest-tenured player with one team in NFL history.

After announcing on Instagram that he would be leaving New England, reports came out that Brady would be signing with the Tampa Bay Buccaneers.

With word of a new team for the legendary quarterback, Watson talked about how the Tampa Bay Bucs would be a great landing spot.

The tight end finished off by saying that everything is still the same regardless of what team Brady is on. Watson said that Brady’s legacy was “etched in stone.”

Watson played with Brady for a total of seven seasons, from 2004-2009, and then again during the 2019 season. He had previously retired at the end of 2018, but came out of retirement and joined the Patriots, Brady being one of the reasons. As a rookie, Watson was a part of the Patriots’ 2004 Super Bowl victory against the Philadelphia Eagles.

After rejoining the squad, Watson was released by New England in October 2019 and then brought back a few weeks later. Prior to Watson speaking about the upcoming season, he penned a heartfelt Instagram post that featured a comment from none other than Brady himself.

Watson officially announced his second retirement on March 16 after a 15-year career with over 200 career games played.

Sasha Stein is a current UF student aspiring to become a sports reporter/broadcaster.
Previous NFL Reacts to Virus
Next Teddy Bridgewater is Up Next for the Carolina Panthers