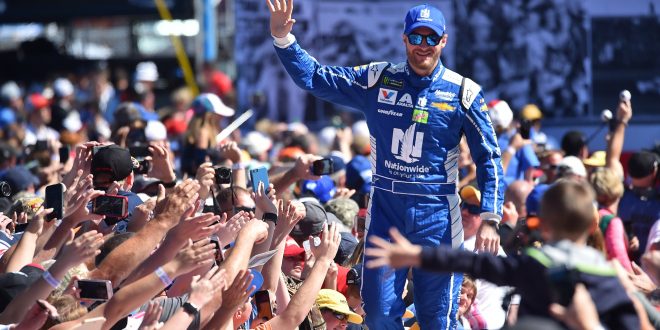 Dale Earnhardt Jr. is well-known not only for his personal racing career but also for that of his father’s. Earnhardt Sr. is considered one of the most legendary racecar drivers in history. In his 27-year racing career, Earnhardt Sr. won 76 races before dying in 2001 in a crash during the Daytona 500. Earnhardt Jr. plans to return for a one-off race this year, as part of maintaining his semi-retired career.

With a father that was so successful in his line of work, Earnhardt Jr. has different pressures put on him than other racers.

As technology in all areas of the world improves, racers have increased the use of race simulators.

Racers like Earnhardt Jr. even say that the software gives the feeling of driving in an actual race.

This rise in usage of the simulators stems heavily from the increased number of racing video games and virtual reality. The popularity of virtual reality has completely altered the video game industry. From an industry that was once made entirely of arcade games, to the development of at-home games and consoles, this industry has done nothing but alter the way people look at entertainment.

Some people, like Earnhardt Sr., were not as open to the changes in racing that the video game industry caused. Despite his father’s disinterest in adding these new technologies to racing, Earnhardt Jr. speaks highly of the simulators.

With the number of cases of Coronavirus continuing to increase, until further notice, NASCAR has postponed all race events until May 3. Many families have chosen to stay home and wait until professionals determine that it is safe to go back to normal life.

Earnhardt Jr. and his family have been of the portion of the population that has been staying home.

His race team also donated to their local hospital to contribute to the effort to eliminate the virus.

Rylee is a third year Journalism major with a specialization in sports and media at the University of Florida College of Journalism and Communications.
Previous NHL Players hope for the best
Next NBA determined to crown champion