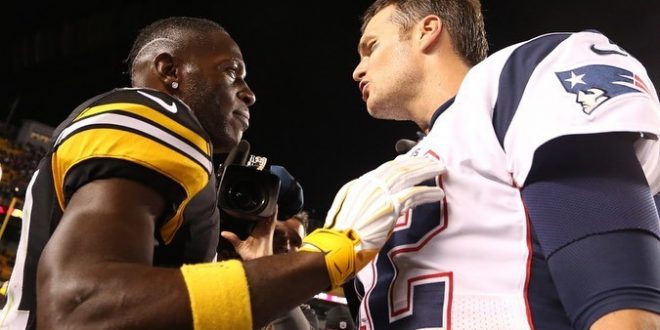 League sources have rumored throughout the NFL that there can be a potential reunion between Tom Brady and Antonio Brown.

Antonio Brown, who has been in the spotlight on and off the field in the NFL from the beginning of the season all the way to the end, seeks to get back in the league.

Tom Brady recently signed to the Tampa Bay Buccaneers in the off-season. This drastic move is welcomed in a good light by the Tampa Bay Bucs franchise. Brady’s signature was one of the main priorities for the Bucs. All that is left are recruitment and adjustments to any roster spots, and head coach Bruce Arians is not counting on Brown.

Arians had this to say about the Antonio Brown rumors:

Brown has been trying to get back in the NFL, but has gone gotten in trouble throughout last season. At the beginning of the season, Brown was released by the Raiders for many different circumstances throughout training camp. One of the reasons was because he did not want to use the right equipment that meets health regulations.

After getting released, Brown found his way in New England with Brady for one winning game against the Dolphins. But he was released again due to legal troubles off the field with alleged sexual assault accusation on his name.

Brown has been trying to jump back in the NFL after the legal troubles, but no entity one wants to sign him.

After the Buccaneers signed Tom Brady, Arians was asked if Brown was a consideration.