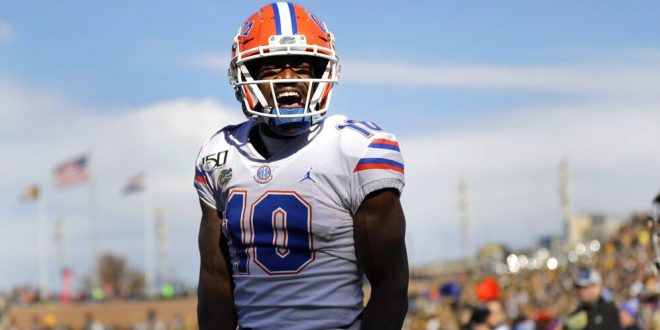 Sometimes, things do not go as planned.

Former Florida Gators wide receiver Josh Hammond, along with his fellow seniors Freddie Swain, Van Jefferson and Tyrie Cleveland left the program after the 2019 season with one thing in mind: The NFL.

One of the crucial steps for scouts to recognize NFL talent is at Pro Days and at the NFL Combine in Indianapolis. Neither of these events happened for Hammond.

The former Gators wide-out never received an invitation to participate in the combine. Hammond is only Gator declared for the draft who did not receive an invitation.

The majority of NFL hopefuls never even see the combine. Athletes looking to be drafted in the later rounds often rely on their college’s Pro Day to catch the scouts’ attention. A solid Pro Day performance could have moved Hammond up some teams’ draft boards.

Except, Florida’s Pro Day never happened. On March 13, 2020, the NFL canceled all in-person scouting visits and Pro Days in the wake of the COVID-19 outbreak.

Despite this, Hammond would not let the circumstances define his future. He took matters into his own hands and recorded himself running NFL Combine drills and sent it to scouts.

According to Hammond, he’s been working out at his old high school field and in gyms to get ready.

Teams have taken notice. Hammond says he’s been in contact with a few teams ahead of the upcoming NFL Draft.

In the last two seasons with the Gators, Hammond caught 55 passes, totaled 715 yards and six touchdowns. In his four seasons with Florida, he tallied 1,272 yards from scrimmage and 8 total touchdowns.

Hammond says he felt a sense of camaraderie with the rest of his receivers at Florida. Despite the lack of earth-shattering stats, the former Gator feels like he was a part of something bigger.

Coronavirus and the NFL Draft

On March 26, NFL Commissioner Roger Goodell put out a statement about how the coronavirus pandemic will affect the draft.

“Because of the unique circumstances in our country today, the 2020 Draft will obviously need to be conducted in a different way,” Goodell said. “Already, we have cancelled all public events, we will not be bringing prospects and their families to the Draft, and the draft itself will be conducted and televised in a way that reflects current conditions.”