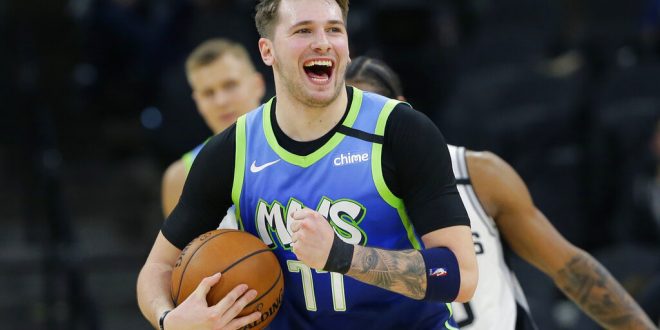 In the last 24 hours prior to the of the publishing this article, sources have reported that the NBA will have a plan to recall players by June 1. Many players have stayed in-market, but others returned home. Some returns to home required international travel. Maverick’s Luka Doncic, for example, is back home–in Europe.

For reasons such as this one, the NBA is making a two-week recall of players the first step in returning to play.

The NBA 2019-20 season has been on hold since March 11, when Utah Jazz center Rudy Gobert for coronavirus.

Reporting with @ZachLowe_NBA: NBA teams are expecting the league office will issue guidelines around June 1 that will allow franchises to start recalling players who’ve left their markets to return as a first step toward a formal ramp-up for the season’s resumption.

At first, it seems obvious that calling all players back could be the hardest part. Players like Doncic might have to spend time in quarantine before he and other international players can report. The issues lie after they get here; if they are allowed to.

Wojnarowski says that some states will have restrictions that will prevent returns to some arenas.

Wojnarowski says the NBA could have everyone back by mid-July regardless of the current situation.

The NBA is considering a two-site plan. The already discussed location in Las Vegas is one site, and the newly announced Walt Disney World in Orlando the other.

According to NESN, Disney is preparing to host the NBA and MLS. There is at least a way to get regular-season games going in two locations. It would be a surprise if it wasn’t divided east and west for locations.

However, the league needs to get to the point where it can have games. Unless they can find an alternative to workouts and practices at home sites, it will be a lot more difficult.

The NBA, of all the leagues, appears to is the most pessimistic about its return. However, that doesn’t mean it won’t try to find a way back.

Sound used in this story courtesy of ESPN/ABC Newscall

Harrison is a sports coordinator at ESPN 98.1 FM/850 AM WRUF. He served as a beat writer for Florida Gators football for the 2019 and 2020 seasons. He also contributes to WRUF's Gainesville Sports Center segments and makes appearances on the Clash on Harp on Sports. Harrison has been a content writer for WRUF since January 2019 as well.
@HarrisonSmaj
Previous Former Florida coach Jay Bergman looks back on his time with the Gators
Next SEC announces return for athletes