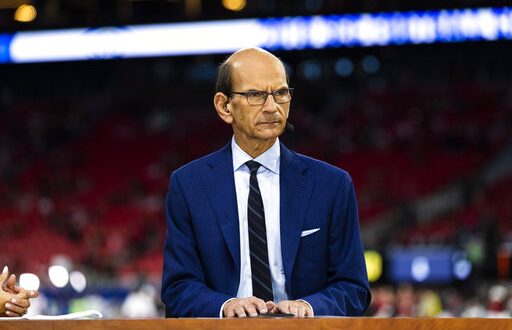 With the rollercoaster of events brought by the coronavirus, one of the most constantly changing things has been the fate of sports.  One of the uncertainties brought by the virus is whether or not there will be a 2020 college athletic season. And if there is someone who has been asked about the fate of college sports many times, it has to be Paul Finebaum.

So what’s the deal?

Many leagues have already put their restart plans in motion. As of right now, the ones that have started their competition, have been successful for the most part.  Others are close to starting their competition, so all we can do is hope that they are as successful.  Everything seems to be going on the right path – except for the fact that COVID-19 cases have started to rise again in the United States.  Because of this, an already trending question has become popular once more; will there be a 2020 college football season?

The simple answer is that no one really knows if there will be one. Earlier this month, athletes, staff and fans could see the light at the end of the tunnel, as coronavirus cases were dropping, and states were starting to re-open.

Appearing on Sportscene with Steve Russell, Paul Finebaum from the SEC Network shared his thoughts on the subject.

“I wish everyone would get on the same page and quit trying to sell false hope,”  he said.

One of the things that Finebaum really wants everyone to accept is the fact that nothing is guaranteed. He recognizes that the virus is very unpredictable so plans have to constantly change.

Finebaum also wanted to emphasize the importance of setting priorities. Ensuring the health of the athletes and staff has to come before whether or not the universities will receive revenue from athletic events.

Since the NCAA approved the return to campus for volunteer workouts, various teams have reported positive coronavirus cases. Some have more cases than others, but even the presence of only one case can affect the team’s chances of playing.

Finebaum explains that one of the biggest threats is to expose someone who “cannot afford to get it.”

The virus can affect everyone in many different ways. And there are some athletes that maybe do not have the best immune system, so being exposed to the virus could be very dangerous.

He explains that there is no room for error when dealing with a virus that is still relatively unknown.

Finebaum also went on to mention that this dangerous exposure is a reality that people need to accept.

He emphasizes the fact that this process is all about acceptance. He and many others including professional athletes have accepted the high possibility of a second wave of the virus.

Finebaum acknowledges that university presidents and athletic directors know that July will be critical in deciding the fate of the 2020 collegiate athletic season.

Many Gators fans were hopeful for a 2020 season full of football titles.

With a stacked roster, the possibility of winning the SEC East, going to the SEC title game and perhaps even a playoff appearance was a good one for a lot of Gator fans.  The Paul Finebaum Show host said that he also saw this as an absolute possibility for the Gators.

Finebaum explained that the work Dan Mullen has been put into the program has shown success in wins and losses, and in recruiting as well.

With two successful seasons, fans are hoping Mullen will be the one to bring home another national title.

One of the things that Finebaum likes the most about the NIL rule is the fact that it is showcasing how much collegiate sports have changed.

Although he recognizes that this rule might bring some problems, it is something that is inevitable.

“College athletics is changing before our eyes, and I think Name, Image and Likeness is late to the party,” he said.

Finebaum says that college athletes are finding their voice through their platforms. He also recognizes that their voices have already started making significant changes in the United States.

He says that his views on the topic have changed and he encourages coaches to do the same. Especially if they want a successful season and future career.

“Coaches who run authoritarian programs are going to be in for a tough time. Young coaches like Dan Mullen who are adaptable and relatable I think are going to be in better shape than the old stick-in-the-butt type who we all know who they are,” Finebaum added.

Camila is a senior at the University of Florida studying Telecommunications with a specialization in production and a minor in Innovation. She is also seeking a Sports Management certificate. Camila is also WUFT's news director as well as a sports reporter/anchor.
@CamilaMaffuz
Previous NBA COVID Troubles as Return Starts
Next MLB Players Get Ready to Report to Training Camps; Some Athletes Opt Out of Playing 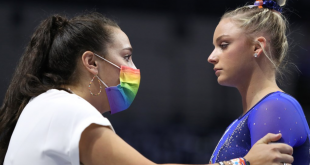