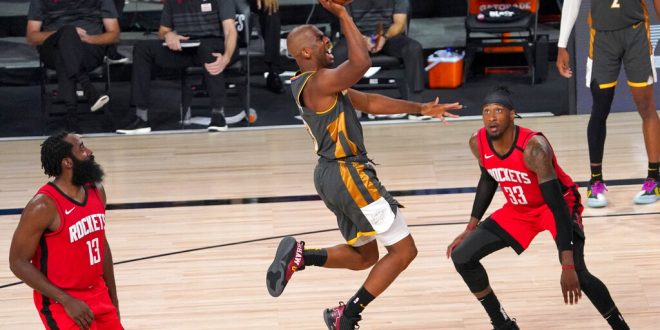 Preview: Thunder and Rockets face off in decisive Game 7

The Thunder had their bags packed. Not by choice, but protocol mandated from the NBA bubble had Oklahoma City on the cusp of departure before the game could even tip off on Monday night. Down 3-2 to the Houston Rockets in the series, the Thunder clapped back to win Game 6 by four points against the Rockets.

“When you are on the ropes like that, down 3-2, you have to pack and be ready just in case you have to leave the next day,” star Chris Paul said.

However, Paul along with his teammates aren’t ready to go just yet.

After a back and forth series with domination by the Rockets in Game 1 and 5, the two teams will look to give a final push to advance past the first round of the NBA Playoffs.

Paul assured his team and inquiring minds his focus is on the competition.

“We want to hoop, we want to win,” he said. “It is going to be the same energy no matter who it is.”

Paul played his best basketball in Game 6, scoring 28 points, 15 of those coming in the fourth quarter plus three steals and seven rebounds on the night.

A key factor after a series of inconsistencies for the Rockets is ball security. So far in the three wins in the series Houston has maintained and average of 8.3 per game. But, allowed Oklahoma City to hang around in games when they averaged 17.3 turnovers. In Game 6, the Thunder totaled a whooping 22 turnovers, a key one by point guard and veteran Russell Westbrook late in game.

Pace of the Game

As a team who lives and dies by the three, the Rockets will look to depend on the shots falling from their stars in James Harden and = Westbrook plus solid minutes from role players in PJ Tucker, Eric Gordon, Robert Covington, Danuel House and Jeff Green. Look for the Rockets to try to get off to a fast pace play in transition and avoid the pressure from the Thunder into a half-court offense.

On the flip side, the Thunder have played their best basketball with their backs against the wall. Oklahoma City has proven their mental strength and ability to push through to play aggressive and competitive basketball.

“Its like just another playoff game, of course it is an in or out game, but I think we need to take all the positive stuff we did in the last game and the attention to detail that we had for 48-minutes,” he said.

The winner of Game 7 will move to the next round of playoffs in the Western Conference and notable who will face LeBron and the Lakers next.

According to Paul, the Thunder aren’t going down without a fight.

“We’re not ready to go yet. Our team, we have had a memorable season, lots of ups and downs. We’re just going to continue to fight. We wouldn’t have it any other way.”