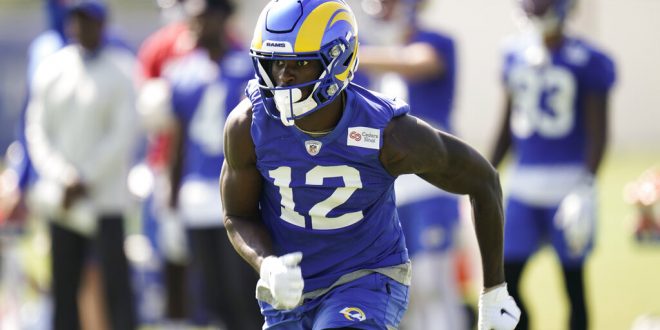 The NFL 53- man active rosters released on Sunday were kind to new and old Gators alike.

A  less than 2% chance of making the transition from the college level to the NFL stands in the way of that. Many former Florida players find themselves in the minority of that statistic. With the 2020 NFL season lurking in the near future, many past Gator stars will get their chance to get in on the action at the next level.

Most notably, all three receivers drafted in the 2020 draft all made their respective team’s 53-man rosters. This includes Van Jefferson, Freddie Swain and Tyrie Cleveland. Florida boasted the most receivers taken in the draft.

This boost comes after a spell of under-whelming production at the position until Dan Mullen and receivers coach Billy Gonzales came onto the scene in the 2018 season. The Gators had not seen three receivers taken off the board in the NFL draft since 1978.

Early on, second-round pick Van Jefferson has already made waves with the Los Angeles Rams. Los Angeles could see him step in and contribute quickly with the departure of veteran Brandin Cooks. Many are even predicting a break-out first year for Jefferson who has already jumped to #2 spot on the depth chart.

Both Freddie Swain and Tyrie Cleveland also impressed in their respective camps. With their speed, both have been thrown in the mix to contribute on special teams for the Seahawks and Broncos. Also, undrafted signee Josh Hammond made the Jacksonville Jaguars practice squad.

In addition to the success of the receiving core in this years draft, other draftees including CJ Henderson with the Jags, La’Mical Perine and Jabari Zuniga with the Jets and  Jonathan Greenard with the Texans all made the exclusive 53-man roster as well.

Greenard was plagued with a hamstring injury throughout camp. However, there is potential for him to see the field early in the season in Houston.

Also, former Gator stars from the 2015-21016 season like receiver Antonio Calloway and defensive ends Jonathan Bullard and Bryan Cox Jr. all signed as practice squad members for the Dolphins, Cardinals and the Bills. Plus, offensive tackle Chaz Green and tight end Trey Burton (Injury Reserve) both are signed with the Colts.